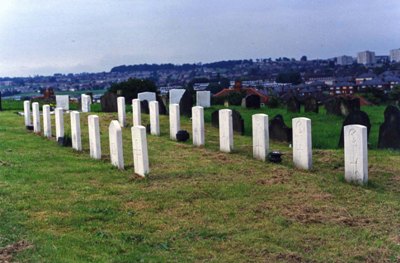 Leeds was one of the principal hospital centres in Yorkshire during the Second World War. Leeds Roman Catholic Cemetery contains the scattered graves of 70 First World War casualties, most of whom have their names recorded on a centrally positioned Screen Wall as the graves could not be marked individually. The Second World War burials also number 70, 21 of them grouped together. The rest are scattered and a further 16 names were added to the Screen Wall commemorating those whose graves could not be marked. The cemetery also contains one Belgian grave of the First World War and two Second World War Polish graves.