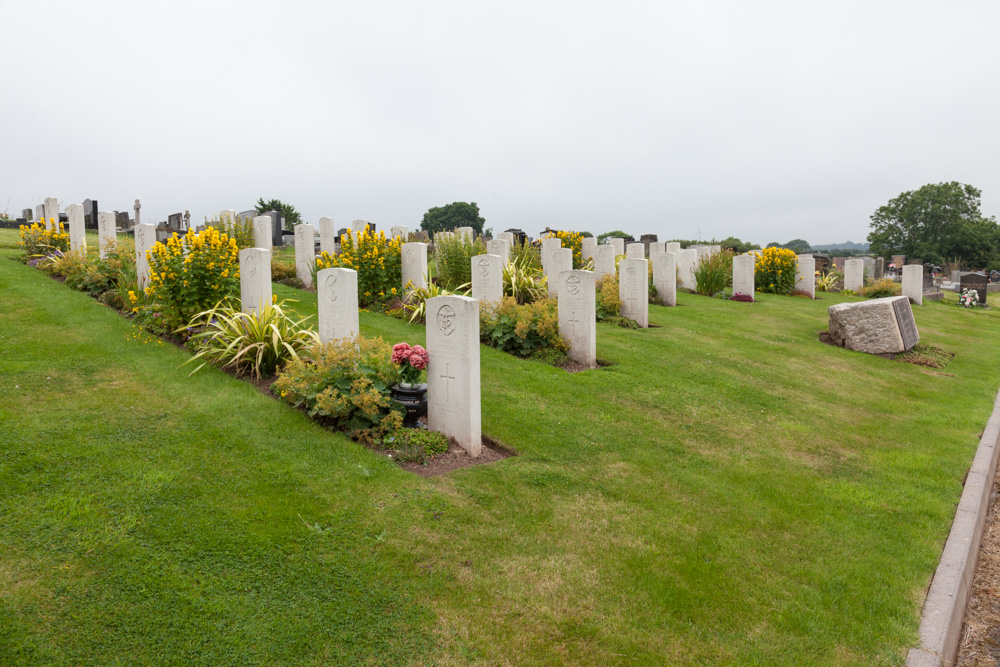 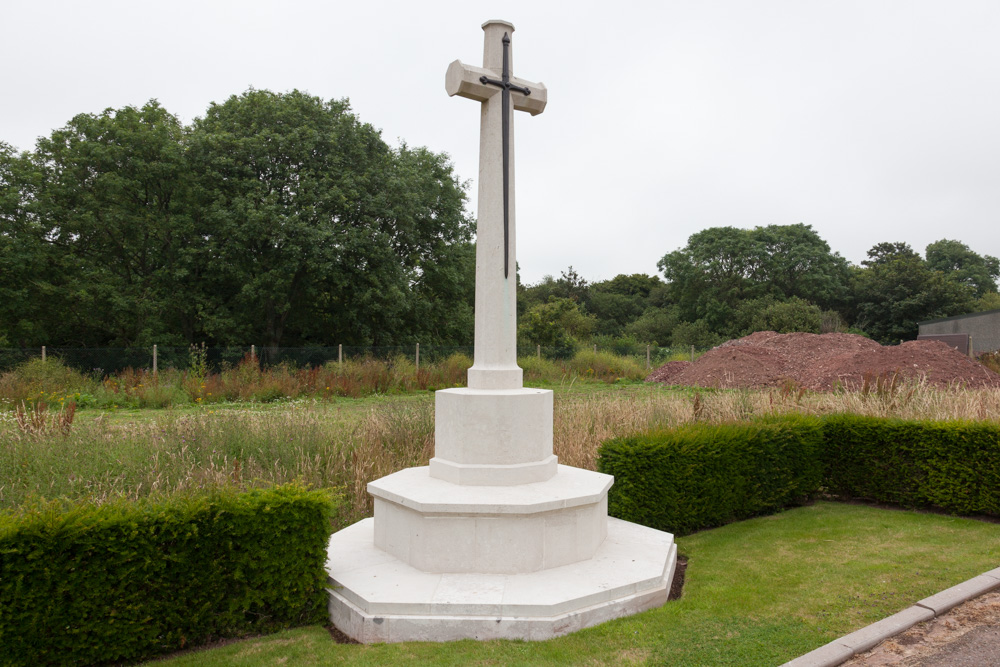 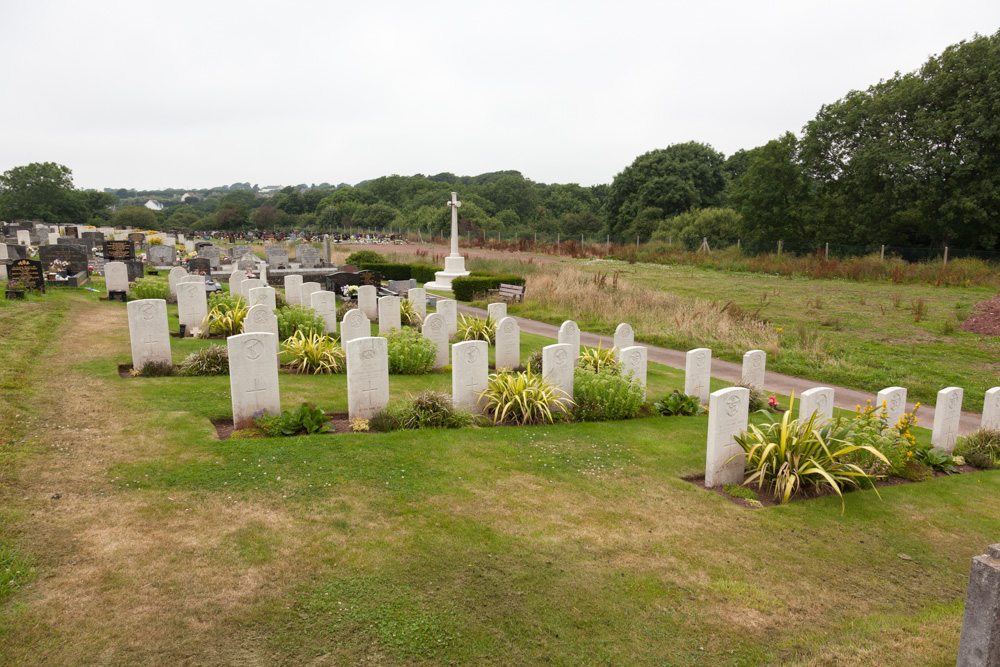 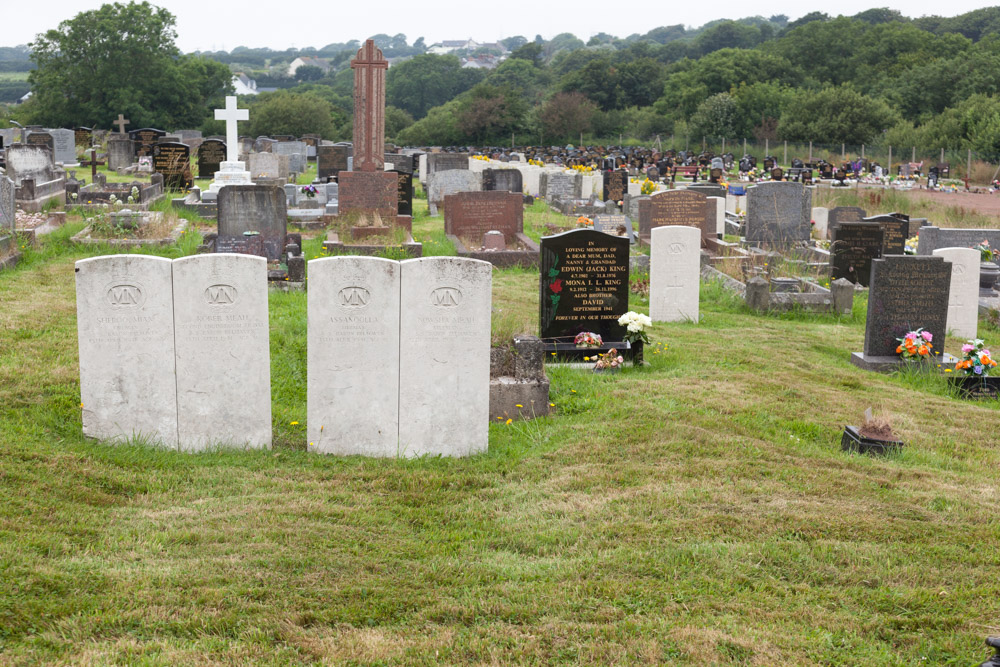 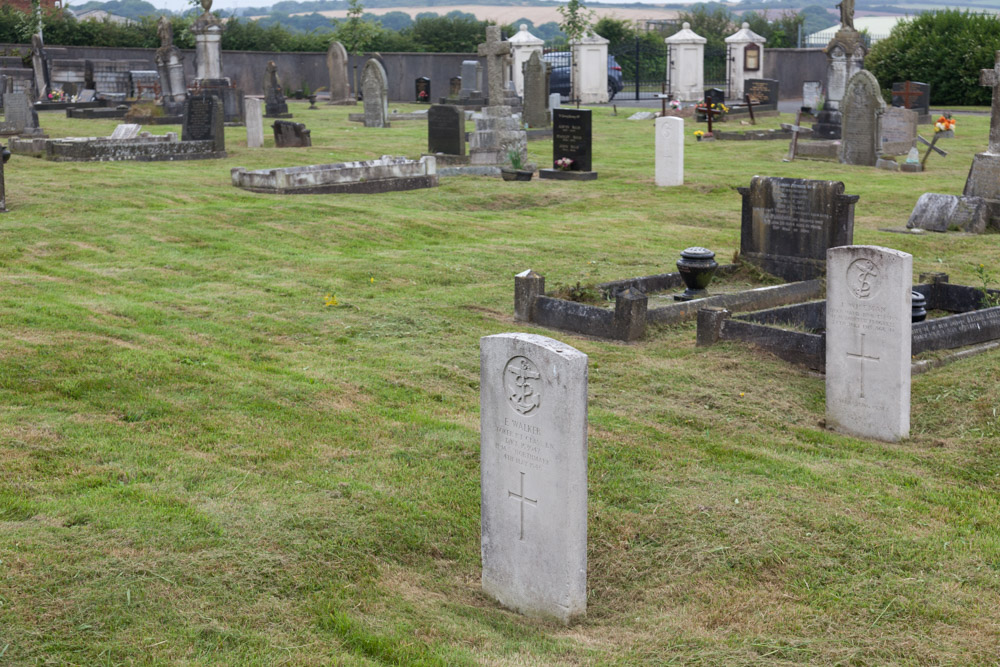 During World War II, two pieces of ground were set aside on this Cemetery, which are now the War Graves Plots and contain 76 burials. The remainder are scattered elsewhere. The 42 burials in one plot include 30 victims of a naval disaster which occured off St. Ann's Head on the night of 25 to 26 April, 1943, when H.M. Landing Craft Gun, 15 and 16, making the voyage from Belfast, capsized in a heavy sea and 73 of their officers and men lost their lives. There's a memorial at this cemetery for the victims of this accident.
There are now in total almost 100 war graves from World War II. Of these, 24 are unidentified. There are also almost 30 war graves from World War I. There are eight Dutch Wargraves.