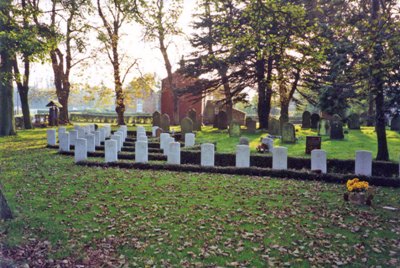 During the Second World War, there was a Royal Air Force station at North Coates and buried in St Nicholas Churchyard are 31 airmen of the Commonwealth air forces and Royal Navy Fleet Air Arm. The burials form a small plot which also includes the graves of three German airmen. The churchyard also contains one First World War burial.