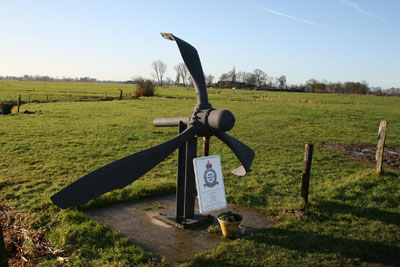 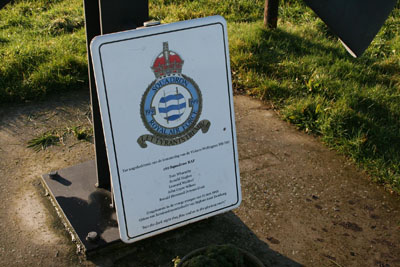 On 13 May, 1943 the Wellington X HE 702 of the 199 Squadron crashed near Nunspeet. Four crew members lost their lives. The Wellington was taken off from the airport Ingham in Britain and was on his way to Duisburg. The four crew members were burried on the cemetery in Harderwijk.

The text on the memorial:
To commemorate the crew of the Vickers-Wellington HE-702

Killed in de early morning of May 13, 1943 during a bombflight from Ingham to Duisburg.