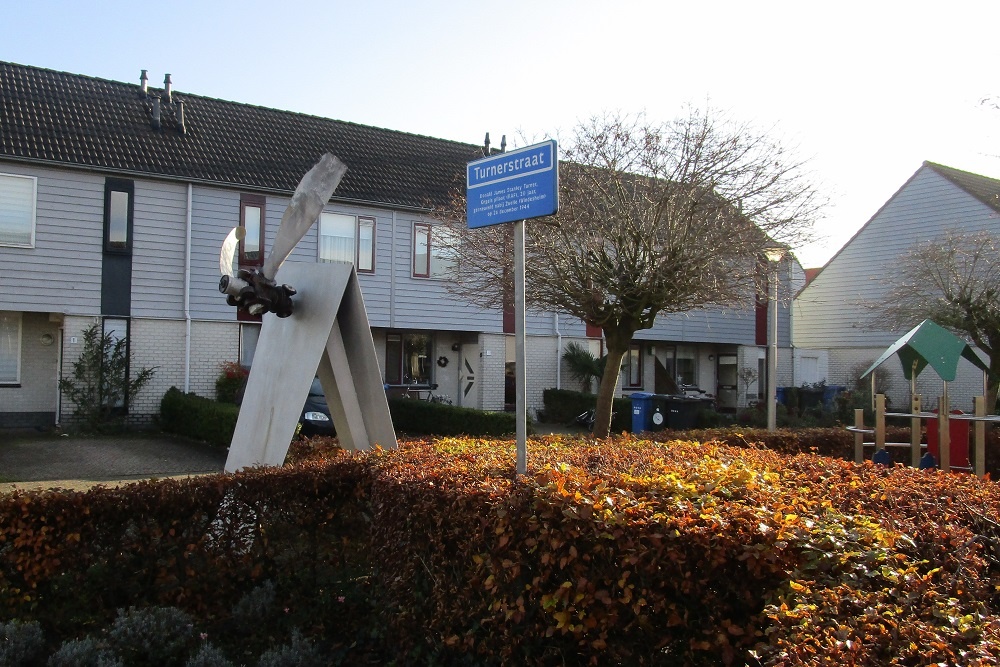 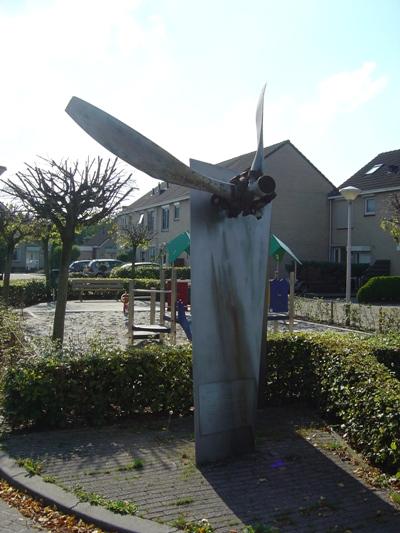 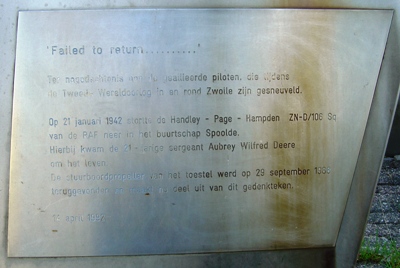 This memorial was erected to commemorate the Allied pilots who fell in World War II and in and around Zwolle. The propeller is from a plane that crashed on January 21, 1942. The pilot, Sergeant Aubrey Wilfred Deere, was killed.
The aircraft came back from a mission in Germany on January 21, one of the engines of the Handley-Page-Hampden ZN-D / AE 123 caught fire and was extinguished after the necessary maneuvers.
At Dedemsvaart, the bomber comes into view of a German fighter who also hits the other engine.
Deere calls via the on-board radio that his colleagues have to leave the aircraft and they land in Zwolle. (These will be picked up later, they survive the war)
It is too late for Sergeant Deere and he hits the ground with his plane in Spoolde.


Some streets around the Pilotenlaan (Pilots Lane) bear the names of killed pilots.