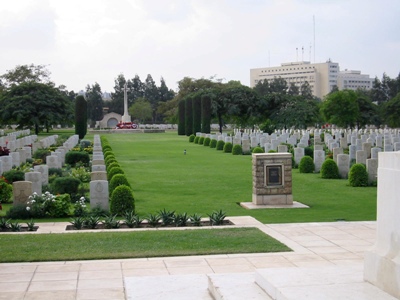 Heliopolis War Cemetery was opened in October 1941 for burials from the many hospitals in the area coping with the wounded and sick, mainly from the Western Desert campaigns. After the war, 125 graves were moved into the cemetery from Mena Camp Military Cemetery where permanent maintenance was not possible. There are now 1,742 Commonwealth casualties of the Second World War buried or commemorated in the cemetery and the 83 war graves of other nationalities reflect the diverse make up of the Middle East Command. There are also two memorials commemorating 4600 Commonwealth casualties of the First World War who have no known grave.