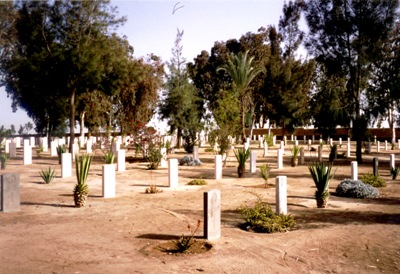 The Second World War saw Kantara as a hospital centre. No 1 General Hospital was there from July 1941 to December 1945 and two others, Nos 41 and 92, were there in turn for varying periods. One of the major allied medical units in the area, No 8 Polish General Hospital, adjoined the war cemetery. Kantara War Memorial Cemetery contains 1,562 Commonwealth burials of the First World War and 110 from the Second World War. There are also 341 war graves of other nationalities in the cemetery, many of them made from the Polish hospital and concentrated in a distinct Polish extension. There are also two memorials commemorating 299 Commonwealth casualties of the First World War who have no known grave or whose graves became inaccessible.