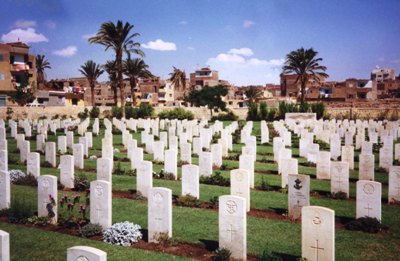 The Second World War burials on Suez War Memorial Cemetery were from the large garrison based in and around Suez. There are now 513 Commonwealth casualties of the First World War and 377 from the Second World War buried or commemorated in the cemetery. A few, known to have been buried here or elsewhere but whose graves could not be located, are commemorated by special memorials. The cemetery also contains war graves of other nationalities and non-war graves.