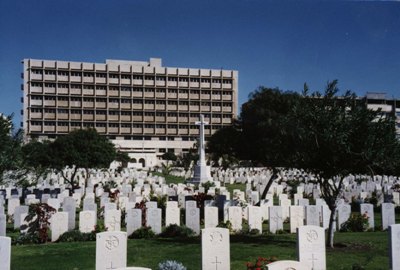 Chatby Military and War Memorial Cemetery (originally the Garrison cemetery) was used for burials until April 1916, when a new cemetery was opened at Hadra. Thereafter, burials at Chatby were infrequent, although some graves were brought into the cemetery after the war from other burial grounds in the area. During the Second World War, Alexandria was again an important hospital centre. There are now 2,259 First World War burials in the cemetery and 503 from the Second World War. The cemetery also contains war graves of other nationalities and many non war and military graves, some of which date from 1882.