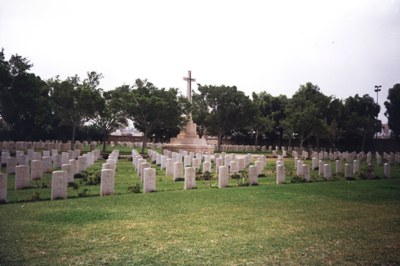 During the North African campaign, Tripoli was an important Axis base until taken by Montgomery's forces on 23 January 1943. It then became a hospital centre and the burials in the war cemetery were almost entirely from the hospitals. Tripoli War Cemetery contains 1,369 Commonwealth burials of the Second World War, 133 of them unidentified.