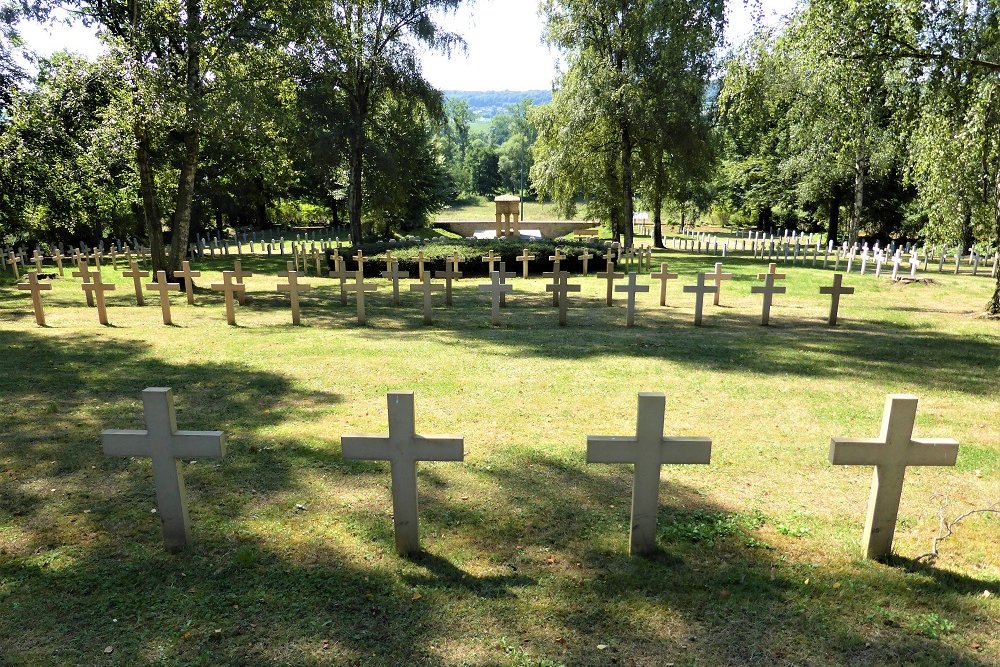 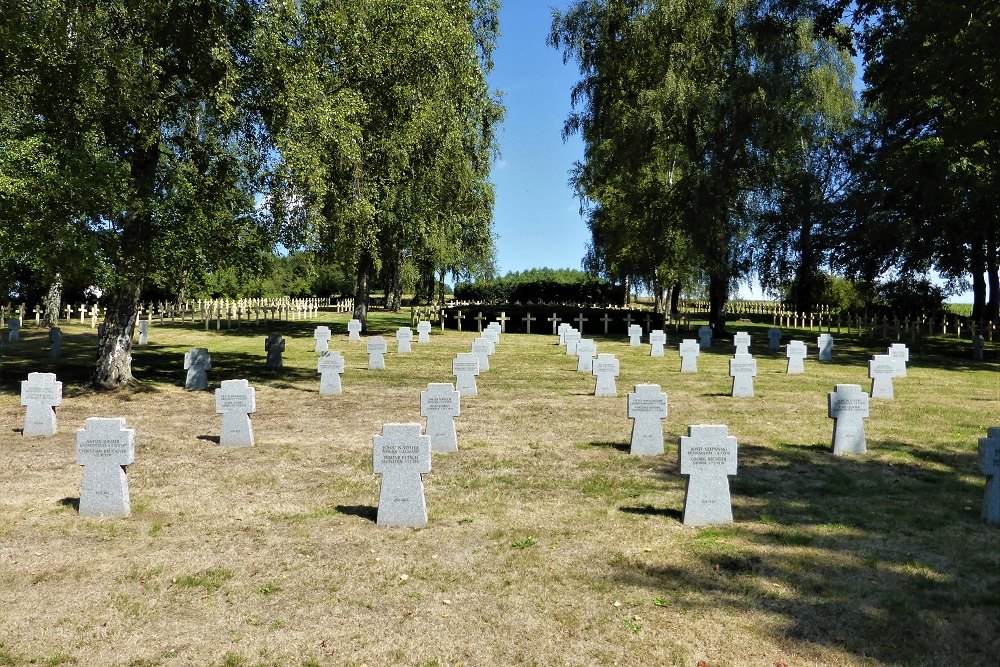 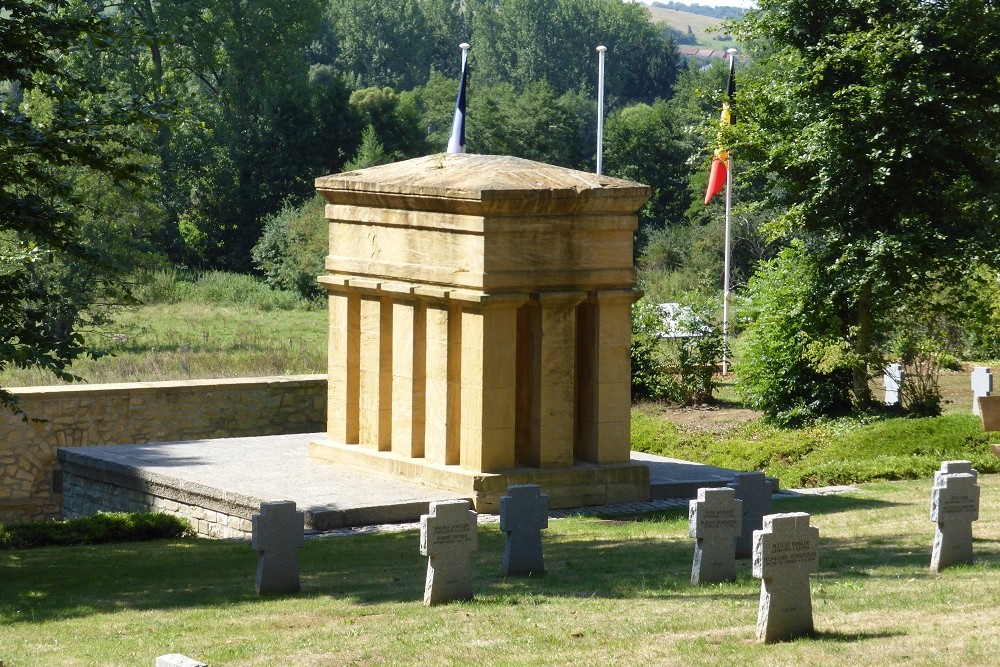 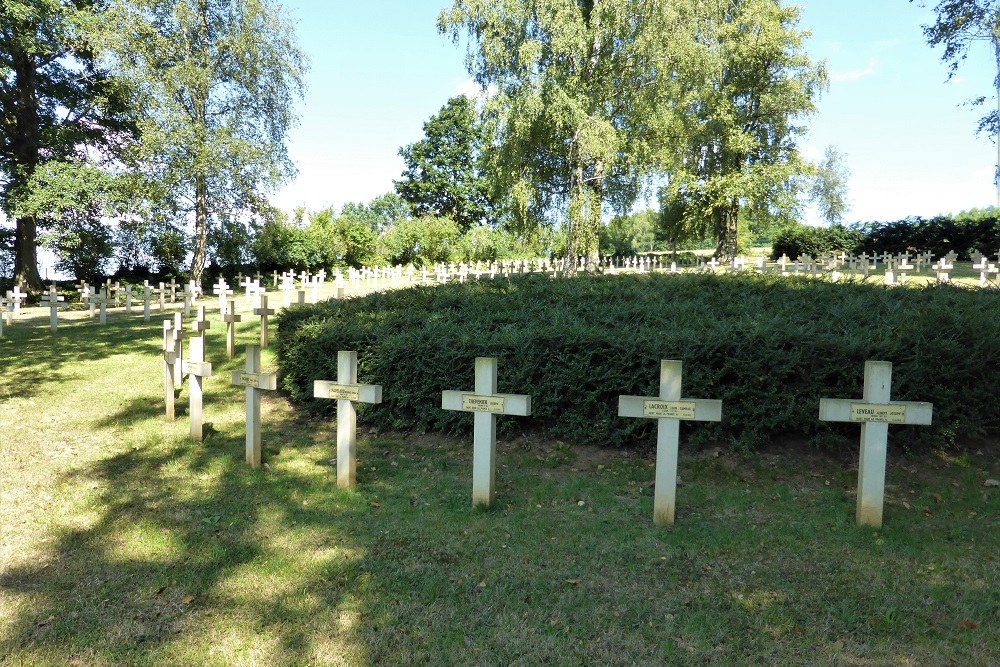 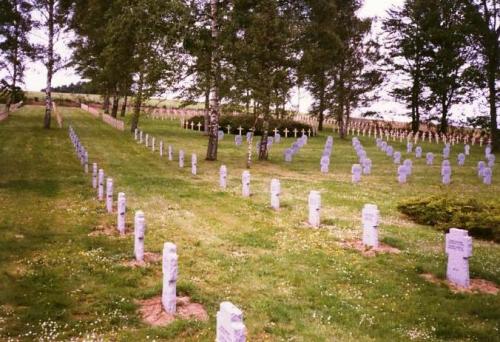 Musson-Baranzy French-German War Cemetery contains 511 German and 431 French war graves from World War I, of soldiers who were killed in August 1914.
This cemetery also contains 3 French from the Second World War.

The days of August 20-24, 1914 were marked by bloody fighting between the German army and the French army.
The French army had an offensive on Arlon, while the German army had to attack very early in the morning on August 22.
The German soldiers of the 124th, 125th, 126th and 127th infantry regiments fought in dense fog against the French troops of the 113th and 131st infantry.
These young soldiers came from Würtemberg, Loiret, Loir-et-cher, Yonne or Indre-et-loire.

After the battles of Signeulx, Baranzy and Mussy-la-Ville, the Germans ordered the civilians to bury about 1000 dead in 31 small cemeteries.
The remains of the German soldiers were exhumed in 1917 and transferred to the cemetery established by the German authorities in Baranzy for the fallen soldiers.
The French soldiers, first buried in the French cemetery in Signeulx, were transferred in 1919.

Source: information board at cemetery