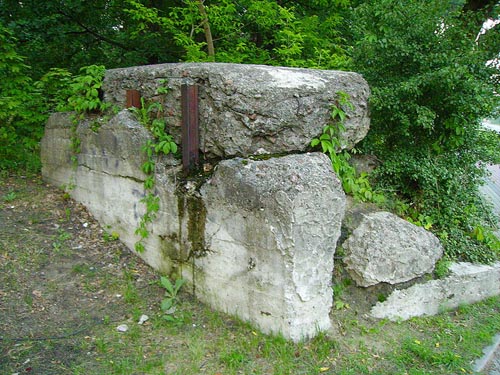 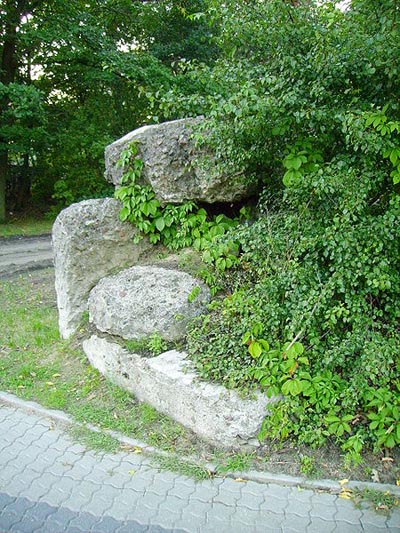 This casemate was constructed by the German Imperial Army as part of Brückenkopf Warschau in 1916. In 1944, it was added to a German defence line east of Warsaw and eventually blown up by the Red Army in that same year.