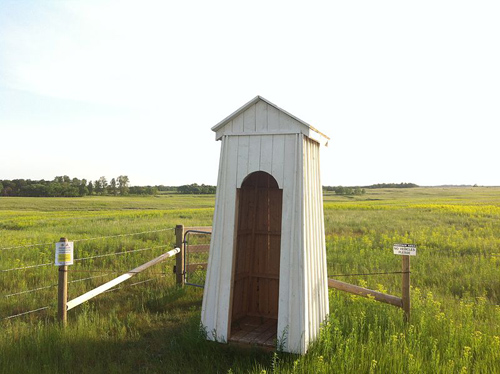 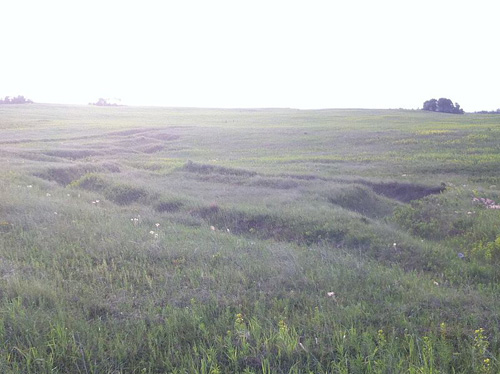 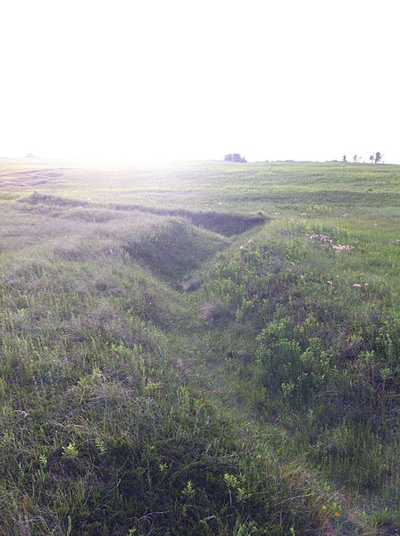 This military was was established in 1909 as "Camp Sewell". It was renamed to "Camp Hughes" in 1915. Extensive trench systems, grenade and rifle ranges and military structures were built at Camp Hughes between 1915 and 1916. Around 38.000 Canadian troops were trained here during the First World War. Many of them were involved in the Battle of Vimy Ridge (9-12 April 1917).

The camp saw some use during the Second World War.

Camp Hughes today:
The camp is currently a historical monument. Visitors can visit the trenches, which are one of the only World War One era trench systems remaining in the world.