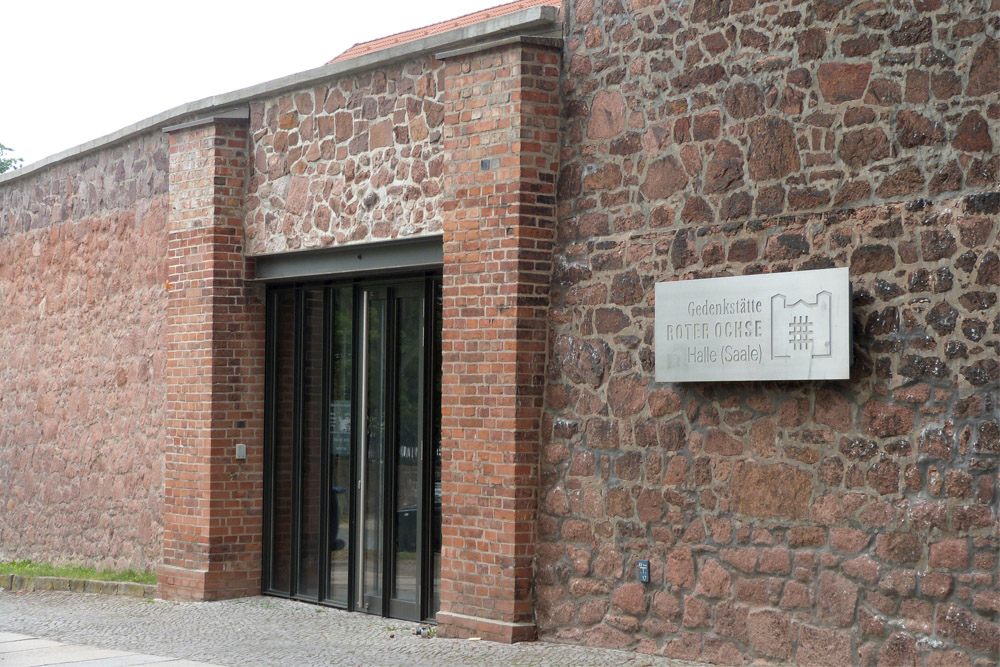 In 1938 this building was set up as punish- and education camp for the city Halle. It was suitable for 350 prisoners.

From 1942 up to 1945 the building once used as infirmary was now used as a Court room for the Wehrmacht and the People's Court. Totally 549 men and women were condemned to the death penalty here.

The building has now become a memorial (Gedenkstätte).