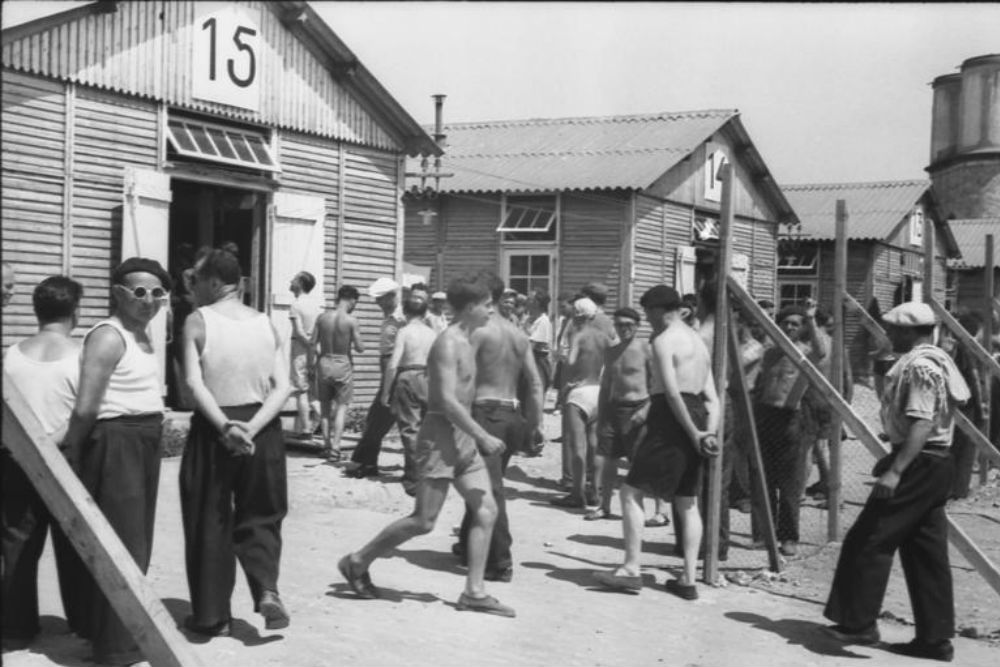 Concentration camp Beaune-la-Rolande was in service from 1939 to 1943. Officially it was a internment and transit camp.

The camp was established in 1939, to house future German POW's. In 1940, it was used by the Germans as a camp for French POW's. Beaune-la-Rolande consisted of 14 barracks, surrounded by barbed wire and watchtowers. From 14 May 1941, the camp was used as internment and transit camp for Jews. In 1942, most of the Jewish internees (including 1,500 children) were deported from Beaune-la-Rolande to the east. On 4 August 1943, the camp was closed.

Beaune-la-Rolande was used after the Second World War for the repatriation of people who had been in other concentration camps. One of them was Jan Abbink, who was deported by the Red Cross on 20 June 1945 from probably Vienna to Beaune-la-Rolande.

Nowadays, there is nothing left of the camp. An agricultural college is located on the former camp terrain.