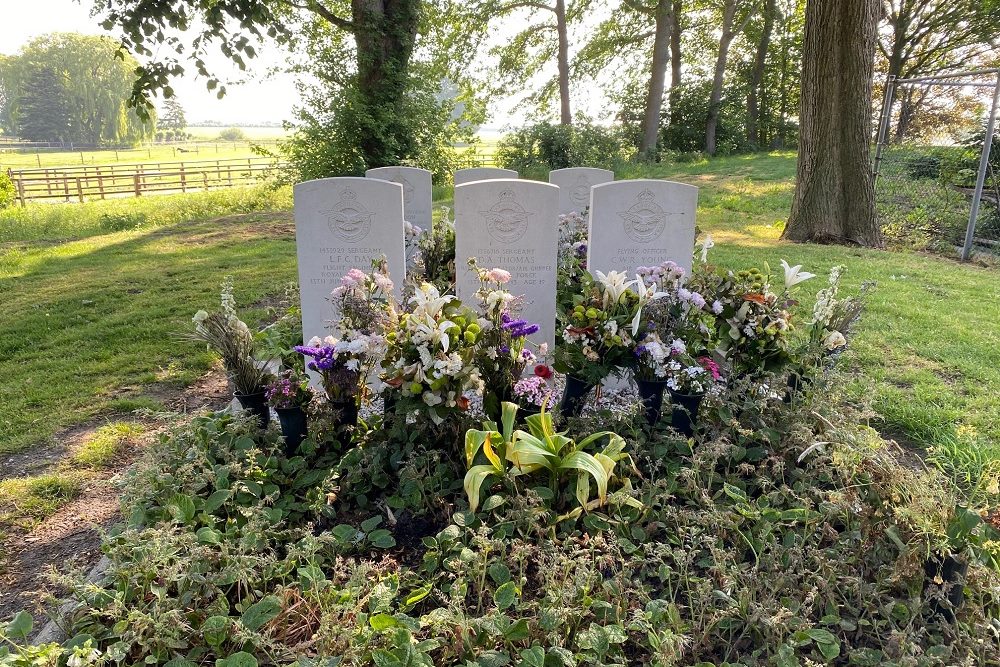 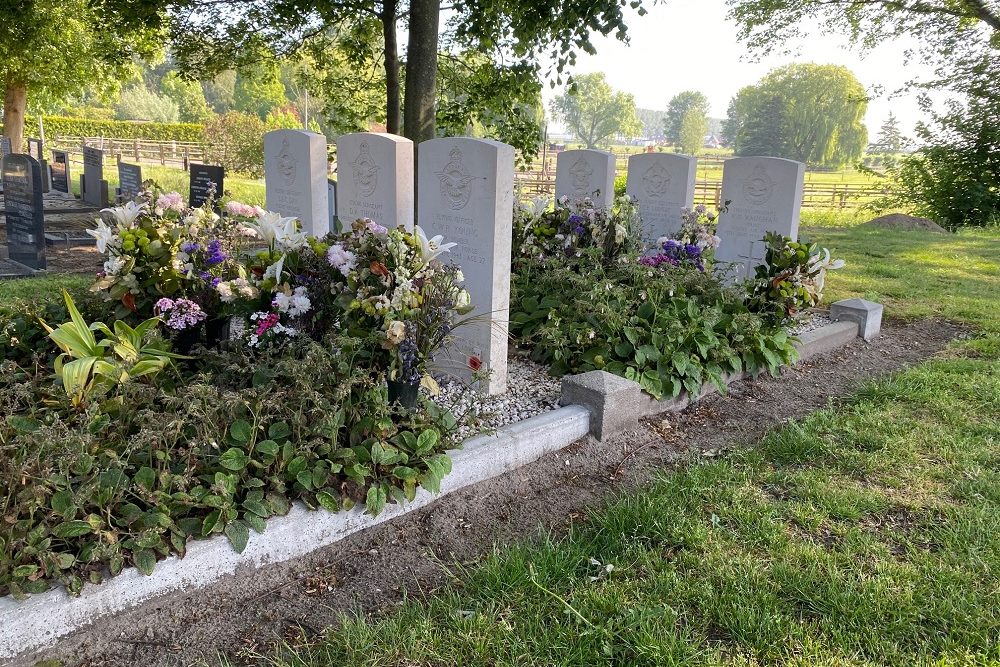 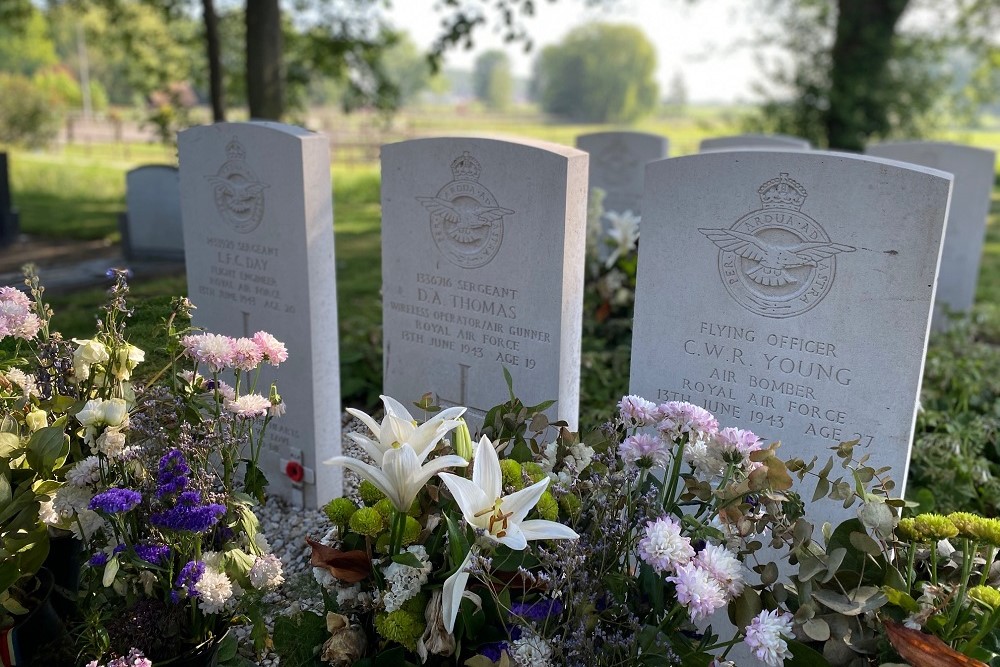 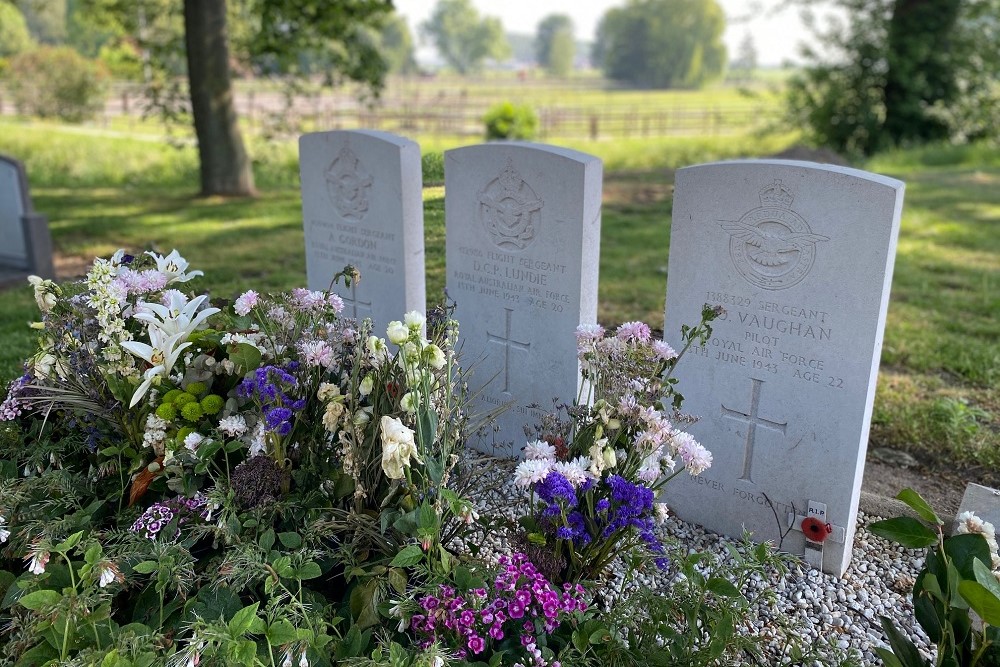 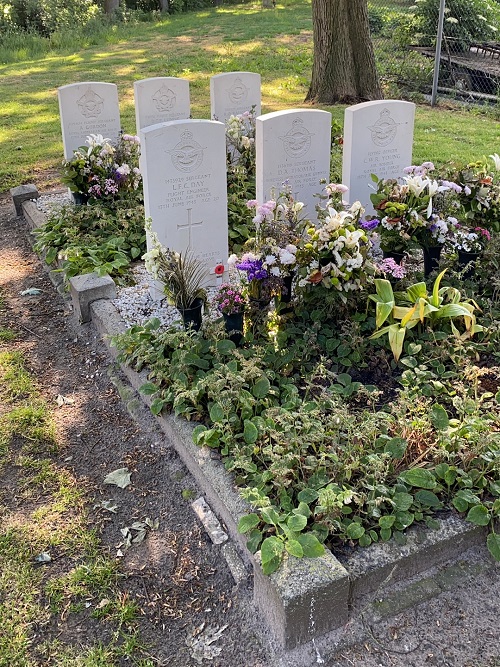 Grafhorst General Cemetery, just outside IJsselmuiden, contains six Commonwealth War Graves (two Australian and four British) from the Second World War, the crew of a Lancaster bomber which crashed nearby.
These are the graves of: