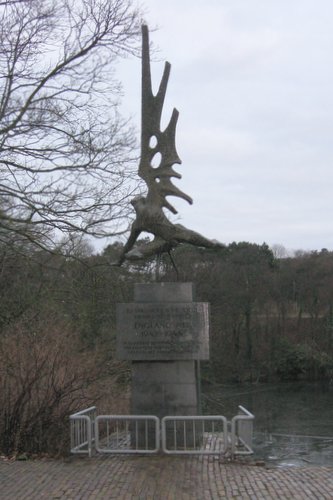 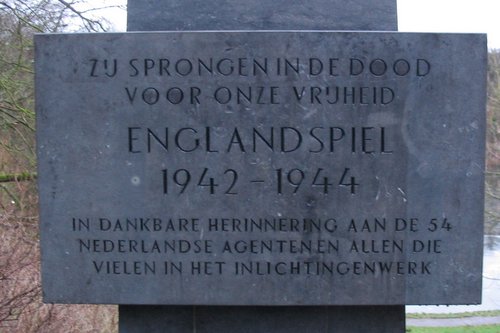 The monument "England Match( Englandspiel)"
is placed at the border of the Scheveningsebosjes.

A bronze statue of the Greek mythological depiction of the "Fall of Icarus" is an angel with burned wings tumbling down.
The mythological figure Icarus symbolizes the 54 secret agents that were dropped over The Netherlands and were arrested by the occupying forces.

This memorial remembers the counter espionage conspiracy that took place between 1942 and 1944.
In the night of 6-7 November 1941, two Dutch agents, Huib Lauwers and Thijs Taconis, were dropped in the province of Brabant after completing their training in England for intelligence work. Their mission was to make contact with people that were prepared to get involved in activities of resistance.
On March 6th, 1942, the German counter espionage of The Hague arrested the agent/wireless operator Huib Lauwers. He was supposed to make contact with groups of resistance fighters that were prepared to commit acts of sabotage. The secret agents were sent by the British "Special Operation Executive, Dutch Section" (SOE/Dutch). The chance to be discovered was estimated to be high; therefore Lauwers was allowed to reveal his transmission code under pressure but not his security check.
The revelation of his code made him valuable to the Germans and provided him with a chance to survive. Under their control the Germans now could make him send messages to England containing misleading information. As long as the security check had not been revealed the British were supposed to know that the messages were sent under German supervision. The check consisted out of a remarkable mistake in the 16th letter or in a multiple thereof. When the mistake was not incorporated, the British had to assume that he was no longer in liberty. The mistake was omitted in the messages but to the horror of Lauwers the British continued to send new agents. It was even revealed were the dropping zones were planned and often the agents were accompanied by containers with weapons. The new agents were captured and in the end 54 of them lost their lives.
After the war it was assumed that the British were guilty of severe failure and negligence. The Germans played the "Englandspiel" (the England game). An unproven theory is that the British were actually aware of what they were doing. The dropping of the agents and weapons is supposed to have served a purpose of misguidance. The Germans had to believe that the invasion was planned to take place in The Netherlands and this was supposed to keep troops occupied at the spot and consequently these could not become active elsewhere.

The text at the plaque on the pedestal can be translated as follows:
They jumped into their death for our freedom
ENGLANDSPIEL
1942 -1944
In grateful memory of the 54
Dutch agents and all those
that fell during their intelligence missions.

The monument has been adopted by the Eerste Vrijzinnig Christelijk Lyceum. 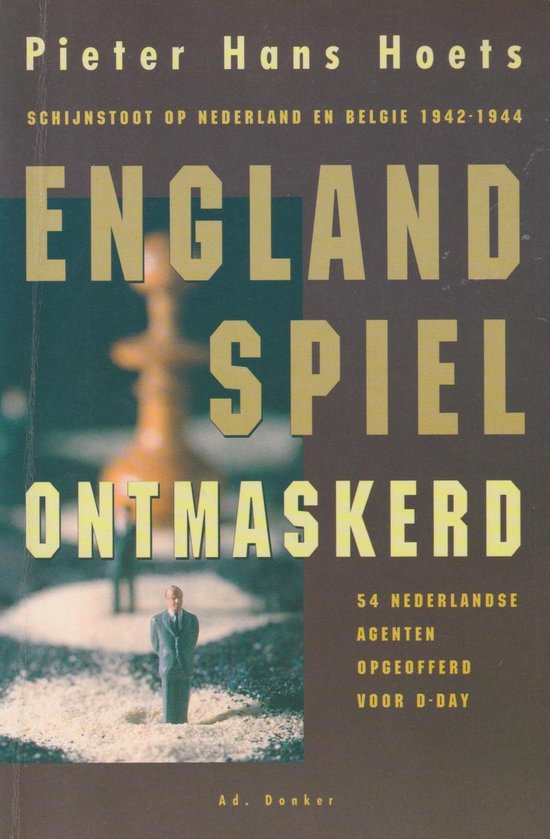 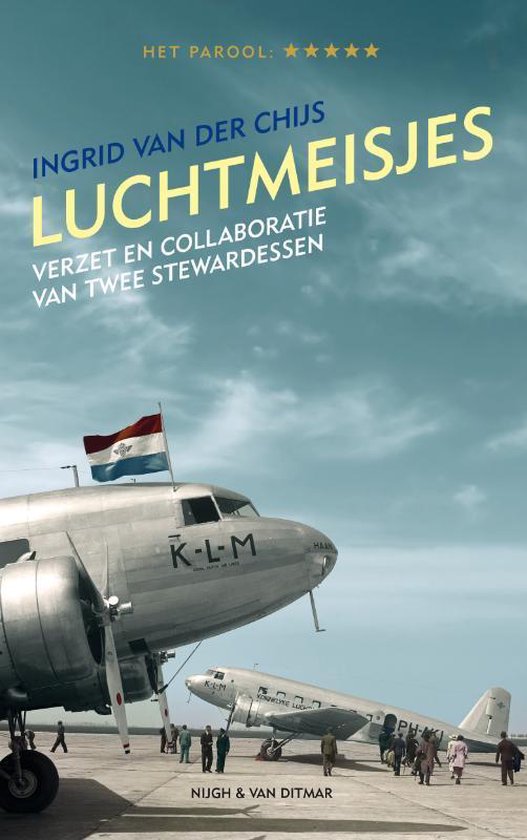 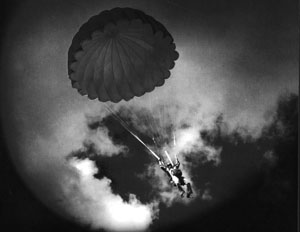