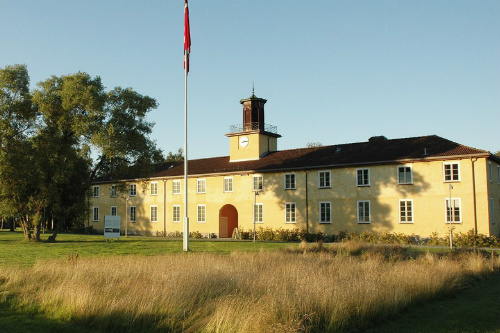 Originally, Falstad was a boarding school for boys since 1921.
Because the resemblance with a prison building, Falstad began to serve as internment camp and transit camp in late summer of 1941. As the camp population grew, more buildings where added.

In total, 4.500 people from different countries, where deported from Falstad. In the period 1942-'43, at least 220 internees where shot in the nearby forest. The exact death toll of the howl camp period remains unknown. After the Second World War, 3.000 members of the Norwegian Nazi Party where imprisoned in Falstad. In 1949 the camp was closed. Falstad regain its original function; a boarding school.

Nowadays, Falstad is a museum. The permanent exhibition presents the camp history of Falstad. In the nearby forest, a memorial is placed for the victims of Falstad.