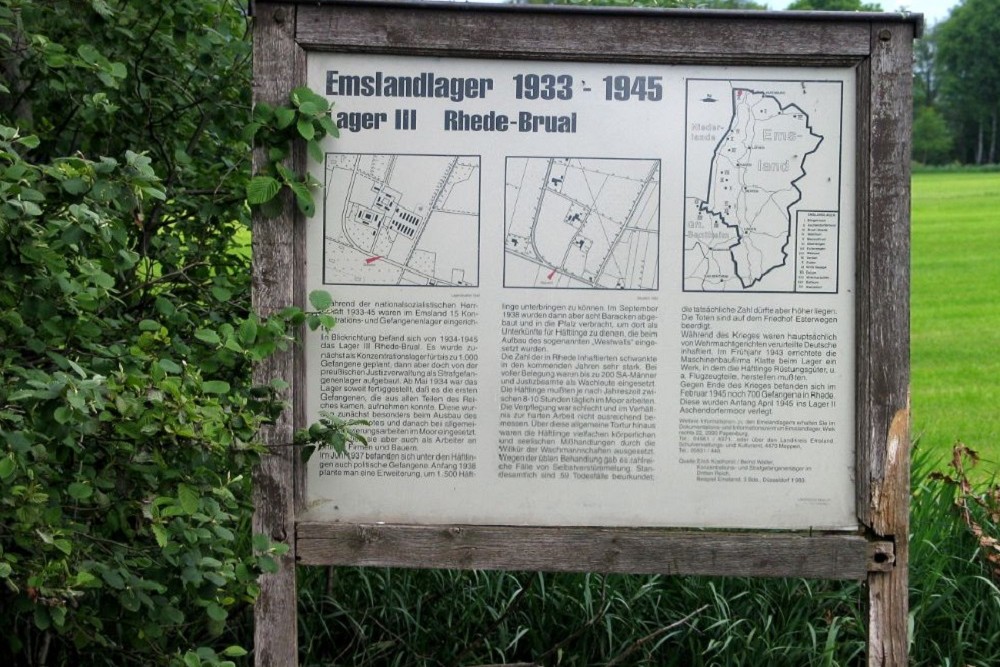 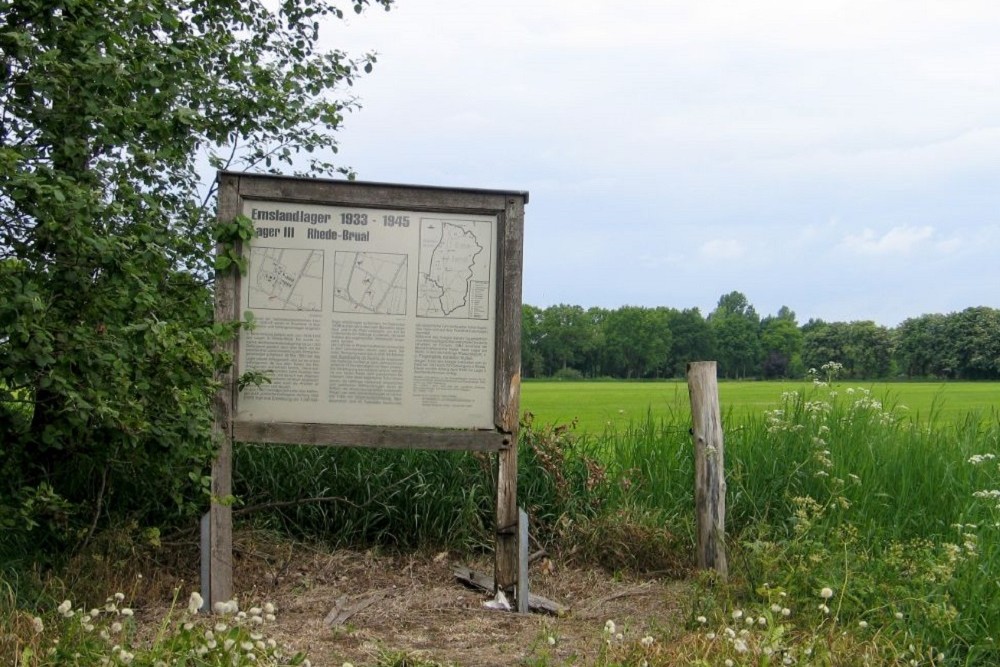 Neusustrum was established in 1933 . Until April 1934 it served as concentration camp. After 1934, Brual-Rhede became officially a penal camp.

From 1940 the camp held military convicts. The internees of Brual-Rhede were forced to do slave labor. As the war years expired, the conditions in camp Brual-Rhede became more horrible. In April 1945, 700 prisoners were moved to camp Aschendorfermoor.

An information panel is located at the place where the camp once stood.