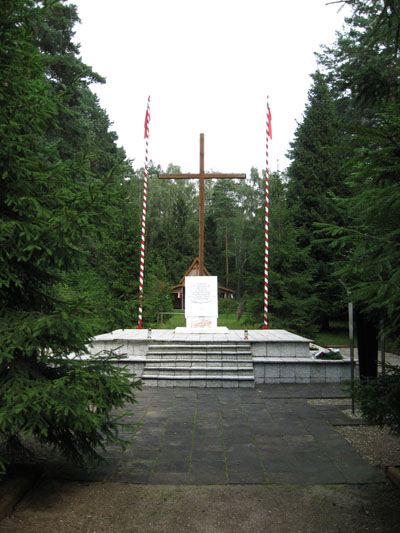 During September 1939, the barracks of the Polish 32st Infantery Regiment were transformed into a German POW camp. In the years after, this camp was expanded and 3 sub-camps (Ilowie, Mlawce and Nosarzewie) were attached to Soldau.

15.000 of the 30.000 prisoners who were held in this camp died. Soldau was liberated by the Red Army on 18 January 1945. Shortly after the NKVD took over the camp for its one purpose and deported many ethnic Germans and Poles to this camp.

The 15.000 camp victims are buried in 11 mass graves at the cemetery of Dzialdowo. Further more it is possible to visit a couple of memorial stones in Dzialdowo, Komorniki, Bialut and Ilowie.