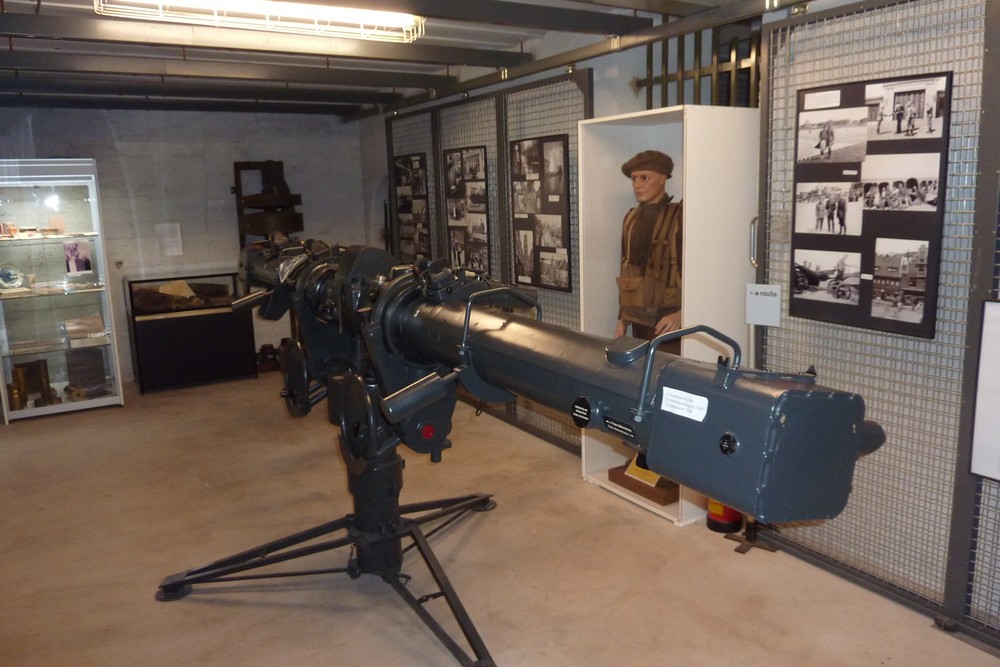 This area of dunes caught the eye of the German Navy towards the end of 1940 and they stationed there over 180 personnel. For these soldiers accommodation, washrooms and lavatories as well as combat stations had to be installed. Around 80 constructions have been built during the war ranging from a wooden shower shed to heavy concrete strongholds with walls that sometimes exceeded three meters thickness. The construction of the largest block house, the S414, was composed of 1.800 cubic meters of concrete. Today a large lorry would need to drive up 300 trips for this block house alone. Therefore it is no surprise that the Germans put a railway line up to the building site in order to achieve the required supply of concrete. It was a complex logistical task.

There was also a lot of planning required to keep the positions in the northern dunes operational. Every day the 180 personnel had to be fed; schedules for keeping watch, where and by whom, had to be made and especially a defense plan had to be ready at all times in case the allies would attack. There were the maneuvers that had to be organized, the stores to be administered and, very importantly: a useful occupation had to be organized for the soldiers. These daylight activities are said to have consisted mainly out of the constructing of more strongholds. In the end this resulted in one block house for every two soldiers. All of the concrete strongholds were covered with sand after completion and then covered with grass matting that had been stripped off the nearby golf course. The construction activities continued practically during the whole duration of the war, till the liberation was nearing the majority of the soldiers moved out, leaving the guns and, of course, the pillboxes behind.

After the war, Noordwijk had a "nice situation" with those armed block houses. The first thing carried out by the liberators, when they visited the positions, was to take away the breech-blocks of the guns so playing children would be prevented from running into great danger. Later on the guns were removed in order to be recycled as scrap. This only took place in 1946. Also the ammunition had to be removed. When the supervision on the area reduced, it became a gigantic playing field for the youngsters. Which Noordwijk citizen has not played around in that area? Early 1970, the block houses were closed and shoveled under the sand.

One large block house remained in use. This was the large ammunition storage which was converted into an potential art storage with respect to the cold-war situation. As an art storage/ hiding place the block house is no longer of any importance, so it was put up for sale by the government. A new destination was quickly found. Our foundation in the meantime has started to equip the block house as an exhibition space.