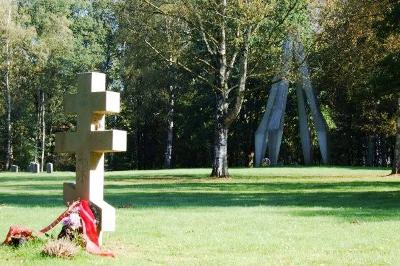 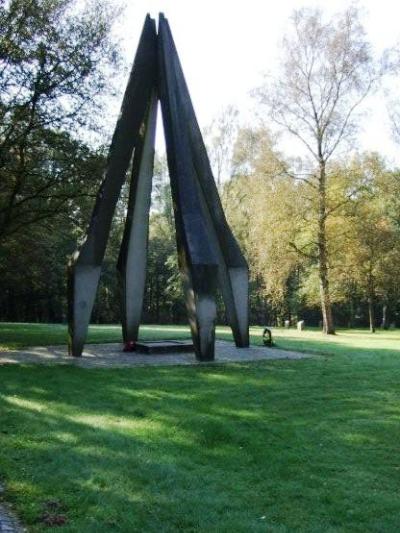 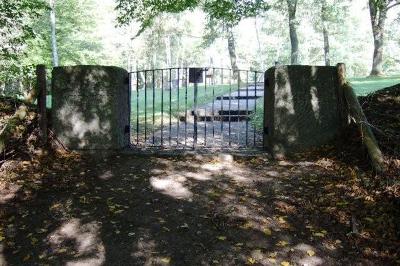 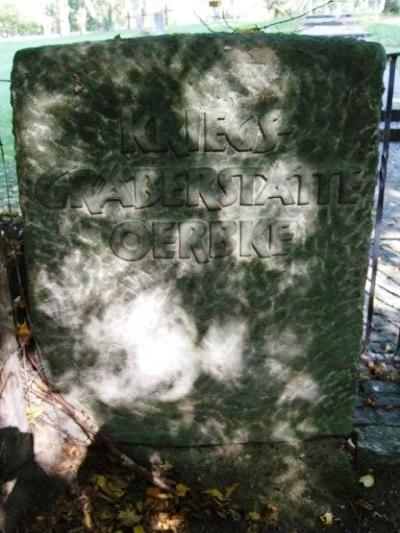 This P.O.W.-camp was mainly used for prisoners from the Red Army during the battle in Russia. About 30,000 to 40,000 died in this camp, mainly of starvation and deceases. They lived here in holes, dugged by their own hands.

Later on, also about 300 Europeans died here. They were transported to this camp from other P.O.W.-camps. Among them were soldiers from the Battle of Arnhem.

The cemetery is found by following the signs "Kriegsgräberstatte".