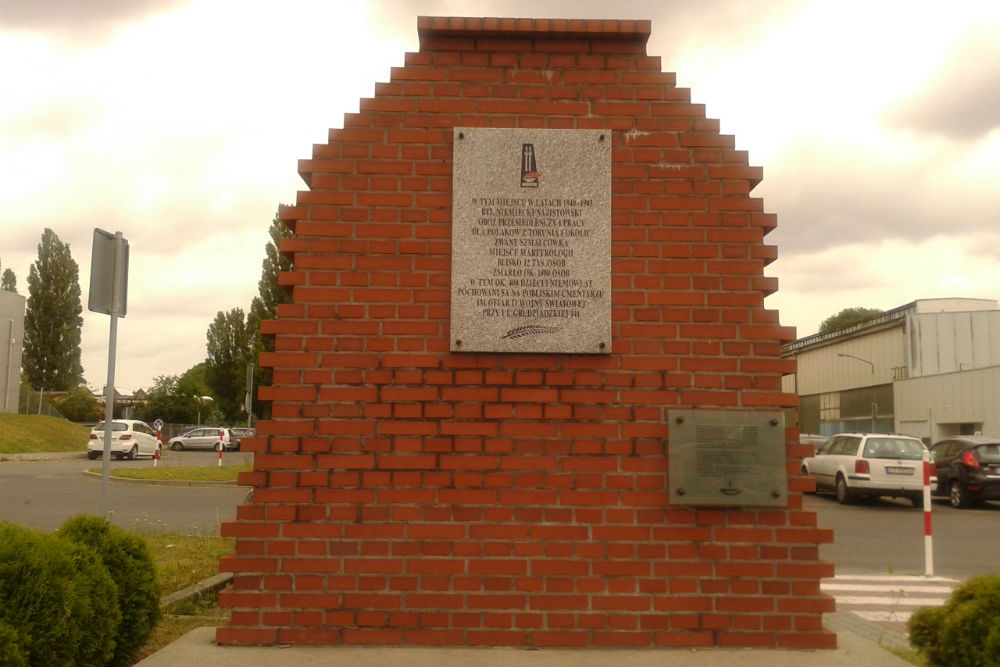 Camp Szmalcówka was in service between 1940 till July 1943. It served as German 're-education' labor camp for Poles.

The camp was established in an abandoned factory complex. Many of the Polish prisoners died due to a lack of heath care, starvation, sickness and ruthless treatment by the camp guards. On 1 September 1942, Szmalcówka became a sub-camp of 'Lebrechtsdorf'. The camp was closed down in July 1943 and the survivors were deported to the 'Lebrechtsdorf' camp.

The camp today:
Today, a memorial in memory of the Szmalcówka victims is erected in front of the former camp location. This memorial can be recognized by a brick wall (coming from one of the factory buildings) with a plaque attached on it.