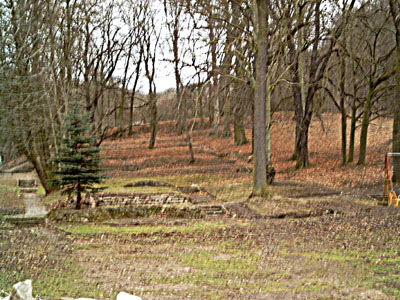 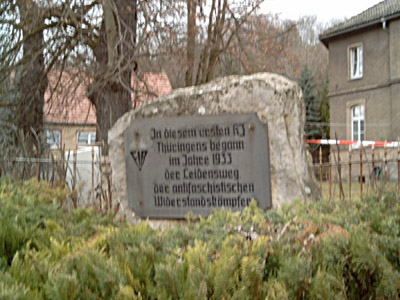 The Bad Sulza concentration camp was in service between October 1933 and July 1937. It was established in an old hotel.

The camp held 850 prisoners who were forced to work in a nearby quarry. On 1 July 1936 the SS took over the camp. On 9 July 1937 the first deportations took place to the Lichtenburg camp. KZ Bad Sulza was closed 24 days later.

The camp today:
The only thing that remains of the hotel are the foundations. There is also a memorial stone located at the former camp's location.