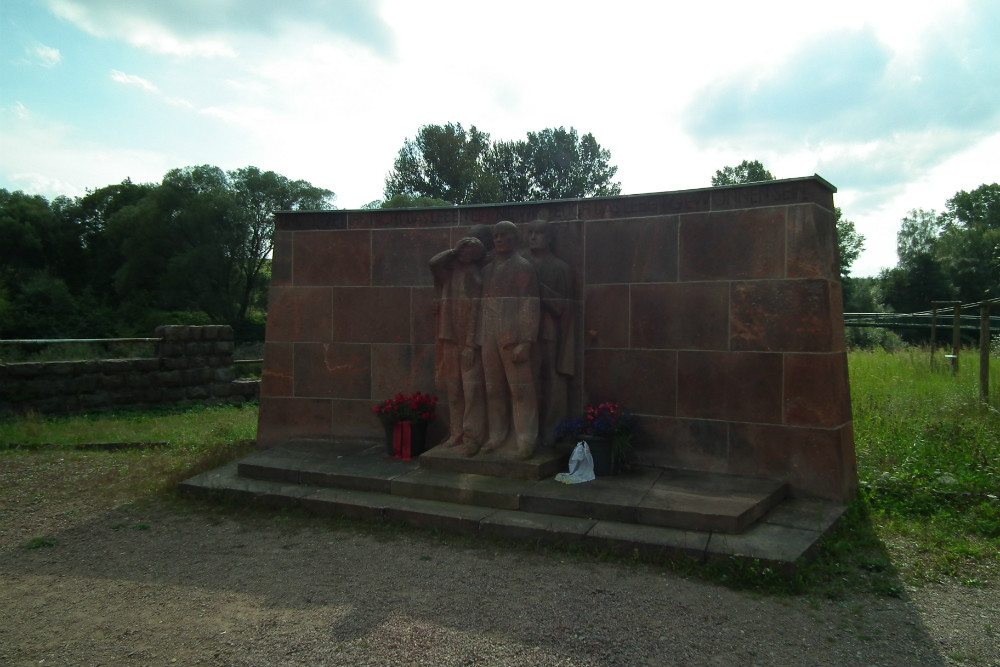 KZ Saschenburg was established in an abandoned four-story textile during the period of 1933 to 1937.

Sachsenburg was the first concentration camp in which SS used coloured triangles sewn onto clothing, as well as armbands, to identify categories of prisoners. The camp held approximately 2.000 opposer's of the Nazi regime. Incomplete documents, found at the civil registry of Sachsenburg in 1945, revealed that eleven prisoners were killed in this camp.

The camp today:
The factory still stands today, a memorial in memory to the victims of KZ Sachsenburg can be found nearby.