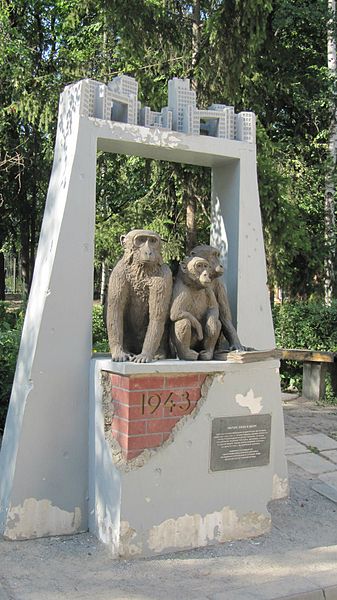 This memorial commemorates three apes from the zoo of Charkov who survived the German occupation of the city in the period 1941-1943. They managed to escape from their cages and lived among the local population, who gave them food and watter. The apes were returned to the zoo after the liberation.