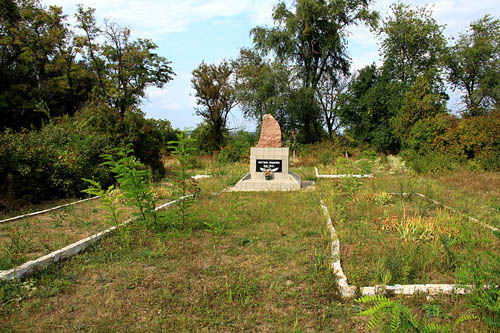 The central cemetery of Marhanets contains four mass graves with the remains of Soviet prisoners of war who were killed by the German army in the period August 1941-February 1944.

G.A. Shkondy, commander of the partisan unit "Marhanets", killed in 1943.