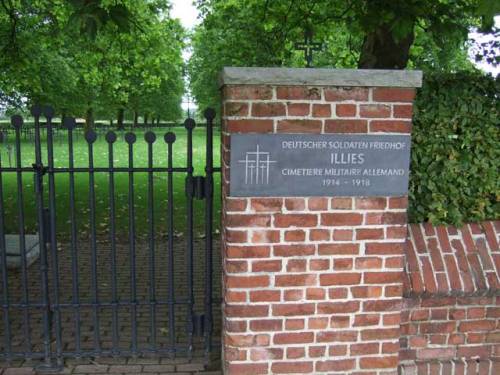 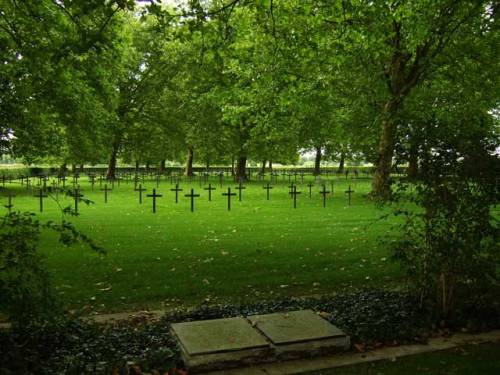 Illies German War Cemetery contains 2885 German and four Austro-Hungarian war graves from the Great War (World War I). It also contains the grave of the pilot Wilhelm Balthasar (1941). His father was killed in 1914 and is also buried here.