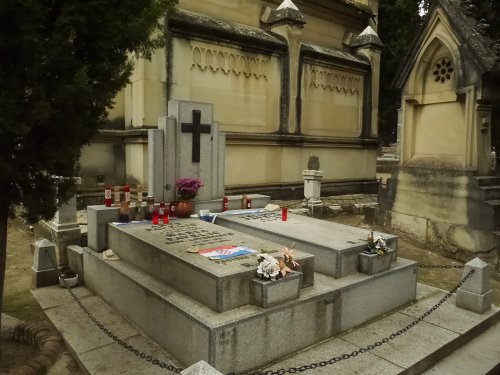 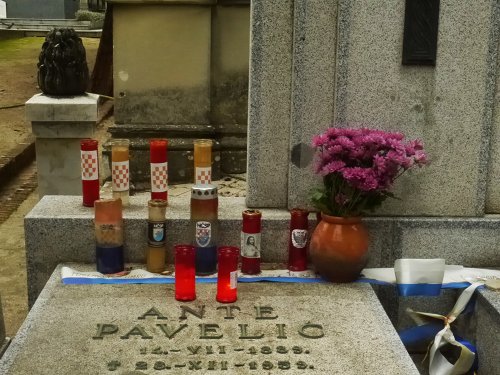 Here lies Ante Pavelić, the fascist leader and politician who led the Ustae movement and who during WWII ruled the Hitler-Mussolini puppet Independent State of Croatia (NDH). During his dictatorship he pursued genocidal policies against ethnic and racial minorities. For example, only in the extermination camp of Jasenovac, between 350,000 and 800,000 victims were killed.

At the end of the war in 1945, Pavelić ordered his troops to keep fighting even after the German surrendered, but fled to Austria himself and later made his way to Argentina. In 1957 Pavelić was seriously wounded in an assassination attempt by the Yugoslav federal secret police, so he moved to Chile and later to Madrid, under the asylum of Franco.

He died in 1959 at the age of 70 and was buried between noble mausoleums in the oldest private burial ground of Madrid. Nowadays this place is a Croatian nationalist shrine and his daugther takes charge of putting fresh flowers and candles on it.