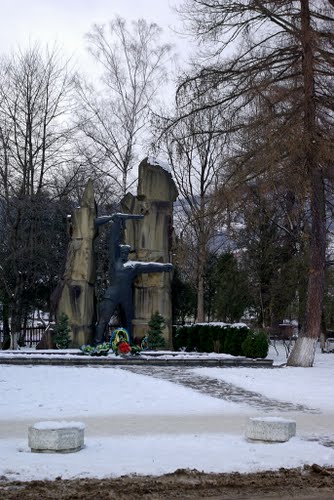 This grave contains the remains of 80 Soviet partisans, including Major General (also Hero of the Soviet Union) Semon V. Rudnev and his son who fell in August 1943. There are also 565 Soviet soldiers and officers buried here who fell on 26 July 1944 and 27 resistance members.