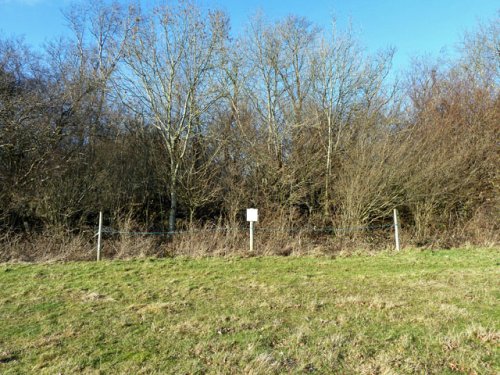 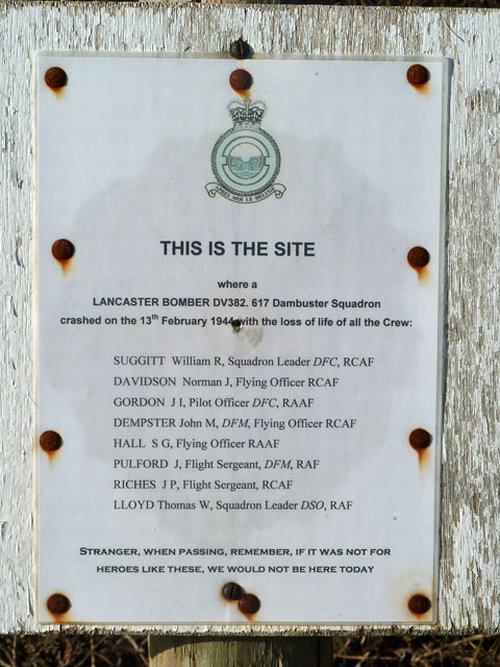 Lancaster DV382 - No. 617 Squadron RAF (Dambusters)
Airborne 08:20 on 12 Feb 1944 from Ford where it had landed following the operation on Antheor Viaduct. Crashed a few minutes later on high ground at Waltham Down near Duncton, 16 km NE of Chichester, Sussex.

No record of total hours. This loss has been recorded as lost against Antheor.

S/L Suggit was admitted to St.Richards Hospital in Chichester where he died from his injuries 15 Feb 1944. He had previously flown with No.28 Sqdn, his DFC being gazetted 9 Jul 1943.

S/L Lloyd was the Squadron's Intelligence Officer and had served in the RFC in WW1. At 52, he was one of the oldest officers to be killed in Bomber Command.