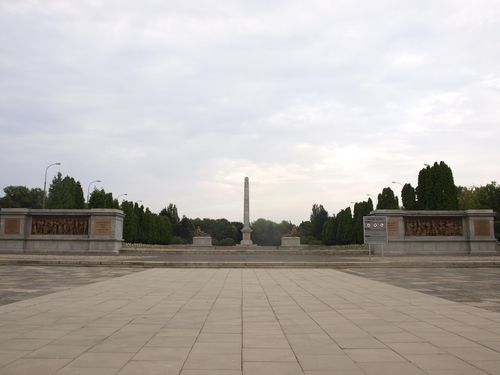 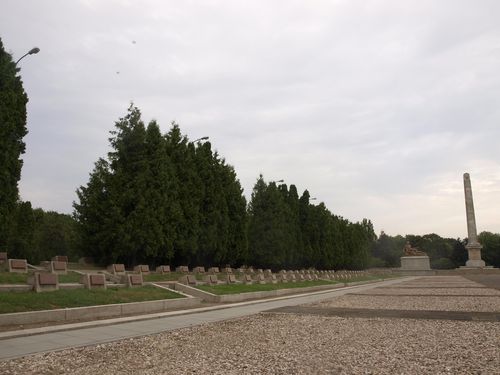 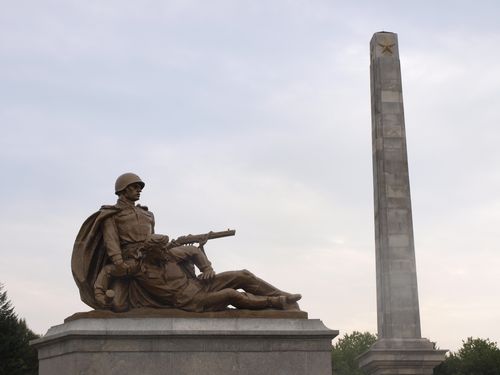 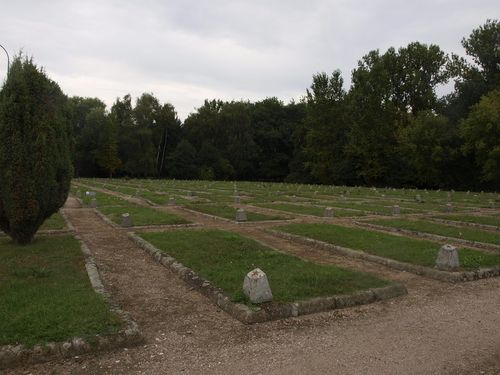 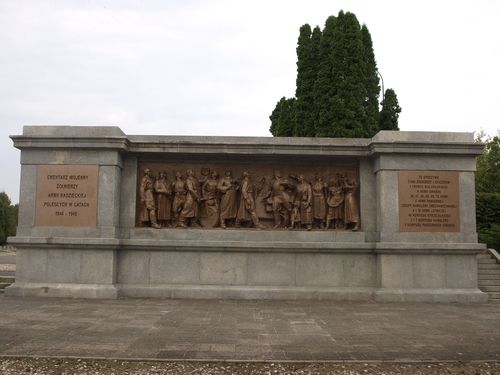 The Russian war cemetery of Warsaw contains the graves of 21,468 Soviet soldiers from the 1st Belorussian Front: 8th Guards Army, 28th, 47th, 48th, 65th, 69th, 70th Armies, 2nd Tank Army, Mechanized Cavalry Group, 6th and 16th Air Armies, 46th Rifle Corps, 2nd and 7th Cavalry Corps and 1st Guards Tank Corps. Most of them are buried in mass graves. The inscription on the obelisk in the centre of the cemetery reads (in Polish):

Translation:
"To the memory of the Soviet Army soldiers who fell while liberating Poland from German occupation in the years 1944-1945."