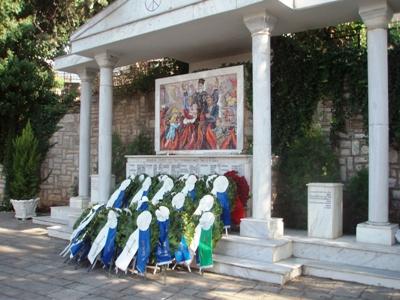 This memorial commemorates the massacre on 149 residents of Chortiatis.

The massacre was carried out by German (and Greek collaborationist forces) on 2 September 1944.

The Massacre was a violent reprisal by the Greek collaborationist Security Battalions and German army troops during the Axis Occupation of Greece.

Several hours later an Axis penal expedition into the area led to the destruction of the village and the parallel execution of 146 of its citizens, most of whom were women and children.