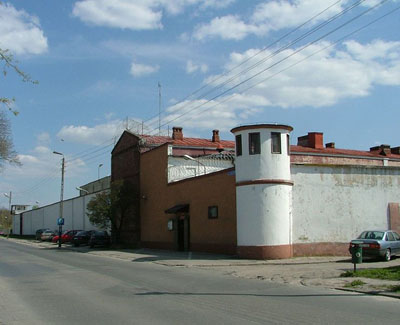 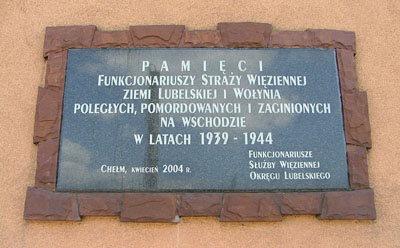 The Chelm prison was used by the Gestapo during the German occupation of Poland (1939-1944). POWs, 'Armia Krajowa' soldiers and Polish Intelligence were imprisoned here during that period.

From 1944 'till 1946, the prison mainly held refugees from the Soviet Union, political enemies, 'Armia Krajowa' and 'Anders army' soldiers.

The prison today:
The Chelm prison is still in use these days. A plaque in memory of the victims of the National Socialism is found on the outer wall of the prison.