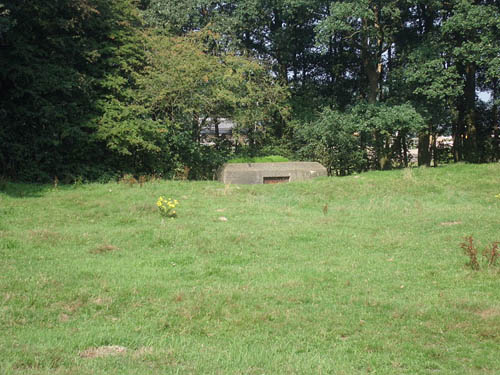 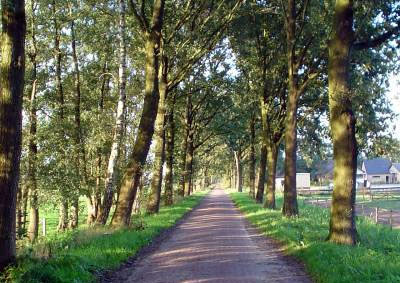 Hidden in the bush is at the end of the Schalm road a S3 Casemate. This casemate was placed because the Schalmdyke gave access to the Emminkhuizerberg. Soldiers of the 22 Infantry Regiment quarries during the mobilisation in 1939 /'40 trenches in and around the Schalm so this acces to close. On May 13, 1940, the area became under enemy fire. One soldier, H. Buurman, lost his live. The remains of a cast casemate and this S3 Casemate witnesses of this period. The type S3 Casemate is also known as Porcupine with three loopholes or Spiderhead. Because of the large loopholes this type was very vulnerable.

Photo 2: Shooting area in the direction of Schalm