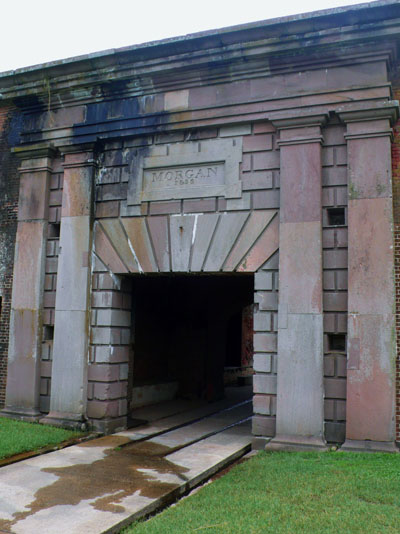 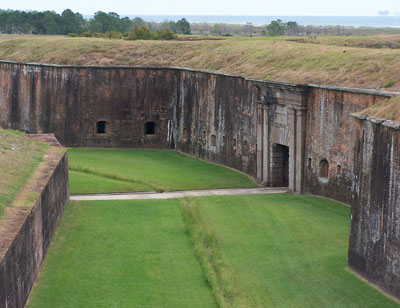 Fort Morgan was built in 1840 and was operational in the American Civil War before surrendering on 23 August 1864 after sustaining more than 3000 cannon ball hits.

In World War I it was used as a training base and in 1927 it became a park but in 1941 is was reactivated as a military installation. It's function was to protect the harbour entrance.

After the war it became a park again.