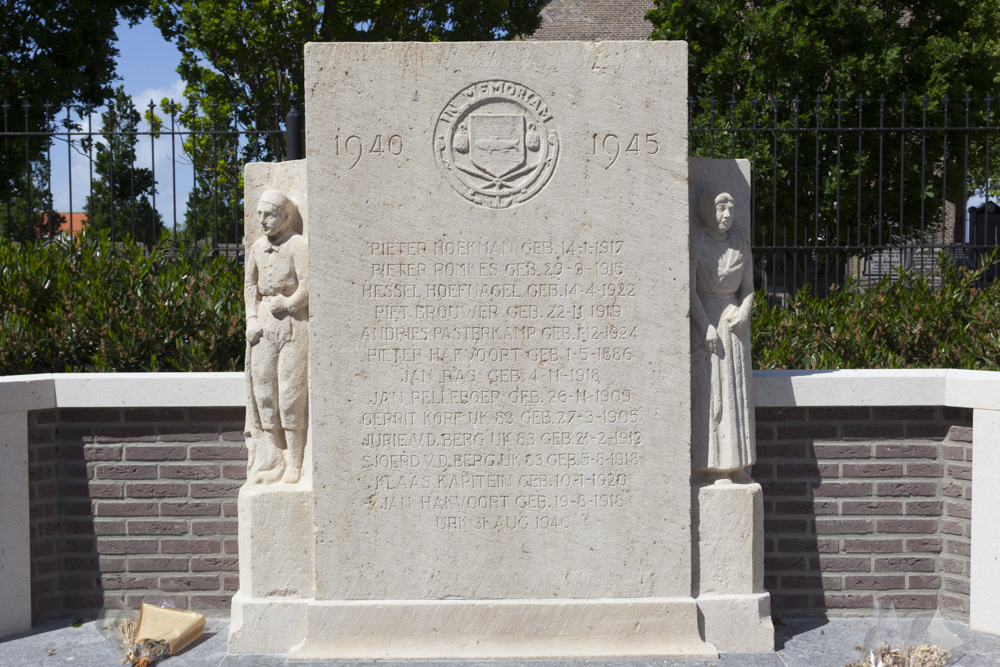 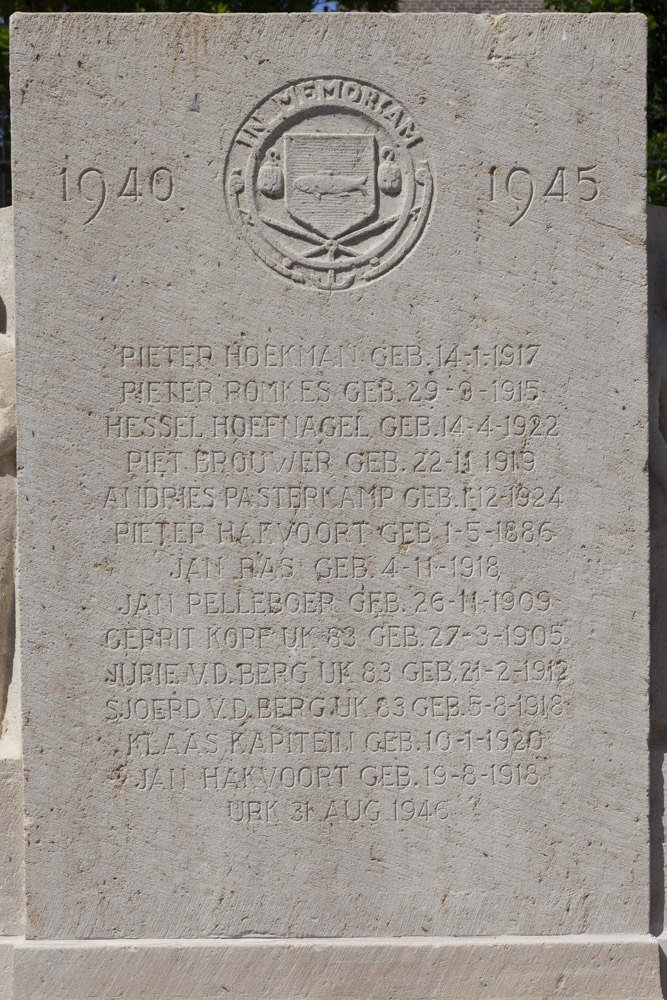 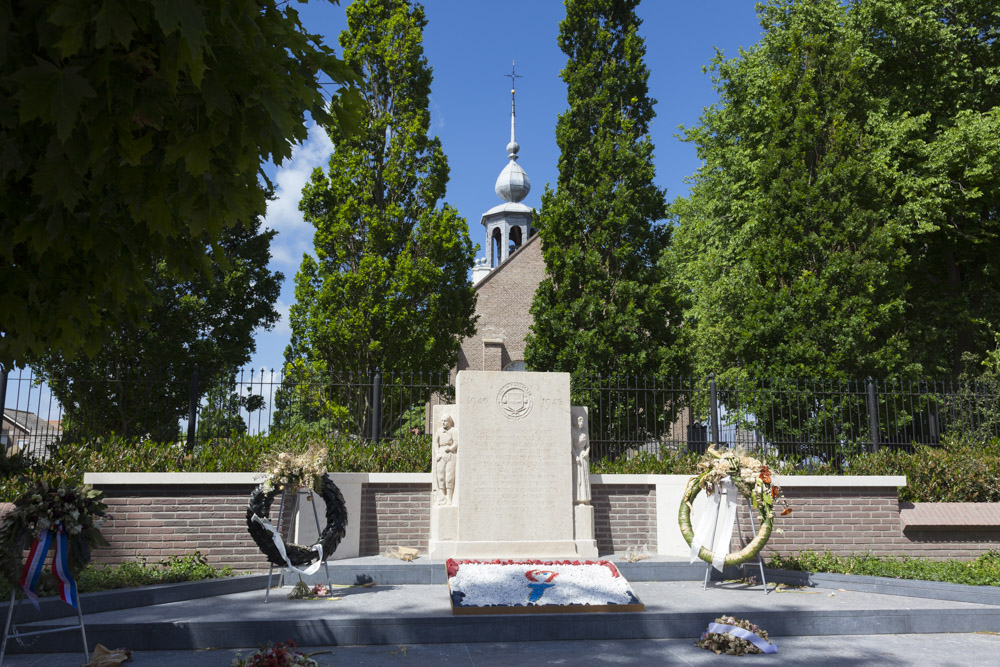 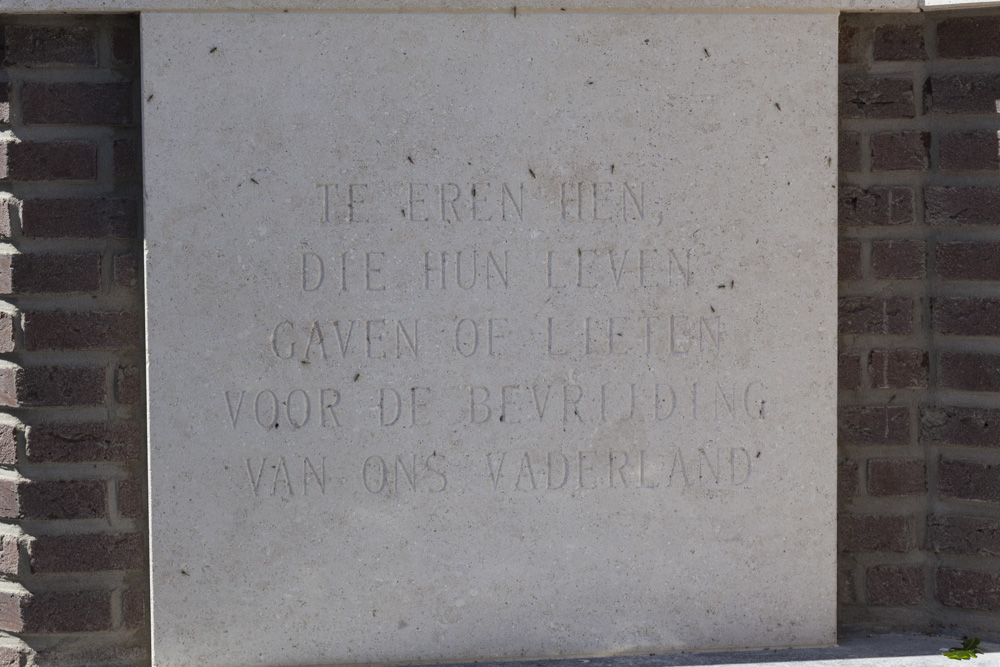 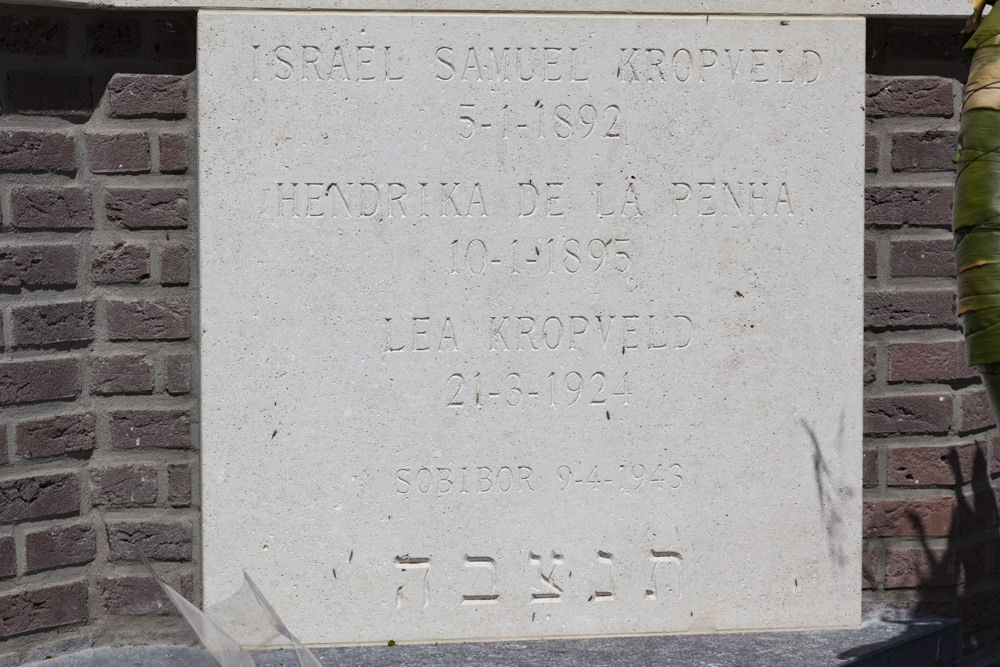 This is the General War memorial of Urk. It contains 13 names of residents of Urk who were killed in the Second World War.

In 1995 the names of the only Jewish residents of Urk, the Kropveld family, were added. They declined the offer to go into hiding because they did not want to be a burden to their fellow villagers and moved to Amsterdam in 1942 on the orders of the occupying forces. They were transported via Westerbork to Sobibor where they were murdered on April 9, 1943.