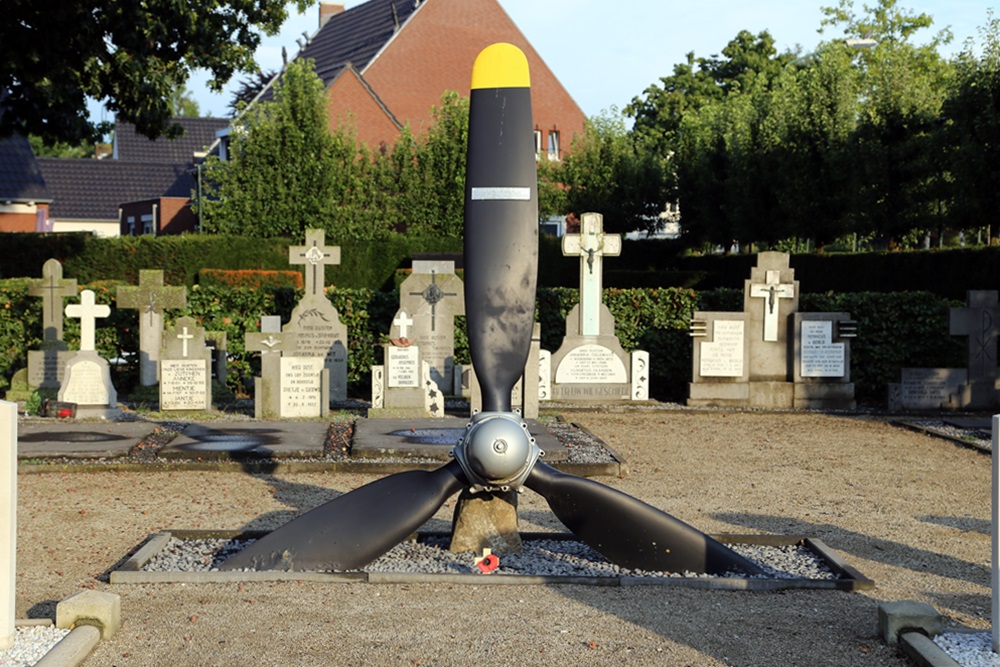 The memorial is located at the Roman Catholic Cemetery at Erp. It consists of a propeller of a Dakota.

The text on the small plaque is:
Lost in the fight for our liberation. Propeller of C-47A Skytrain, nr. 43-15111, named "Sonya", code V4-0 of 304 Troup Carrier Squadron (TCS) of the 9th American Air Force. It crashed on sunday 17-9-1944 on the bank of the Aa south of Vogelenzang at Erp. The aircraft with it's homebase at Chilbolton in England, had dropped airborne troops at Veghel as part of Operation "Market Garden".

Two man died in the crash, the brave pilot Shulman and his co-pilot Kampschmidt whos parachute did not open. 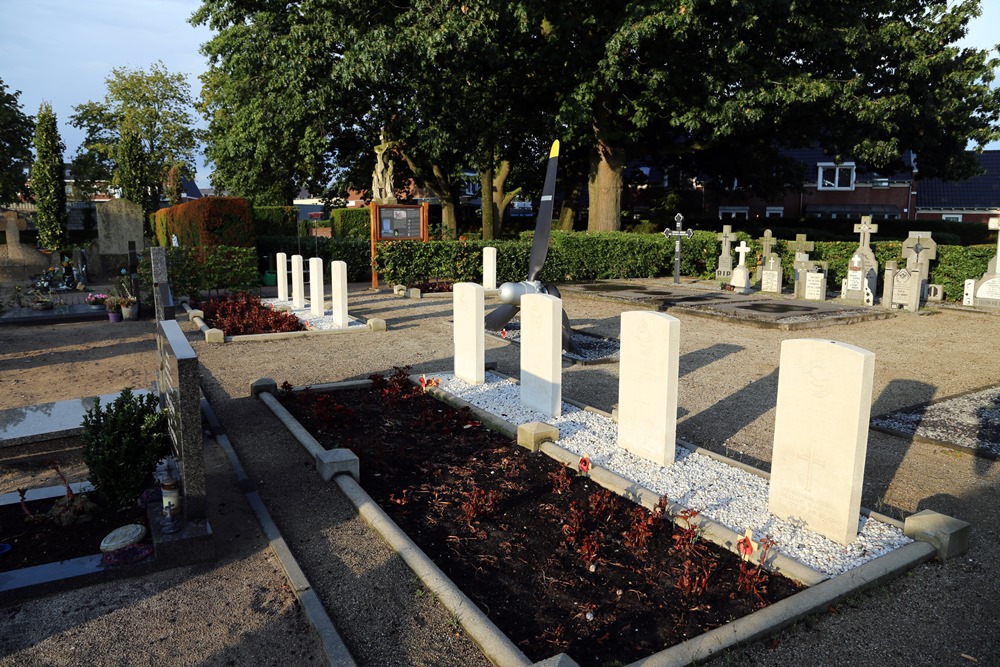