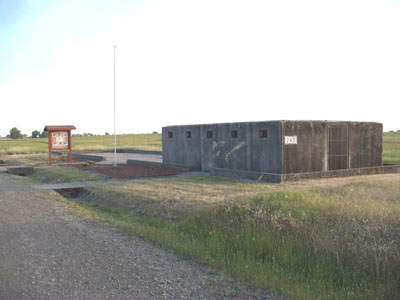 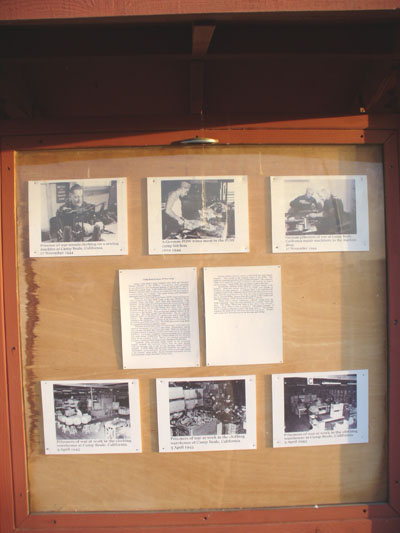 In 1940 Camp Beale area consisted of grassland and rolling hills and the abandoned mining town of Spenceville. Then Marysville City officials encouraged the Department of War to establish a military facility in the area. The U.S. government purchased 87,000 acres in 1942 for a training base for the 13th Armored Division, the only unit of its kind to be entirely trained in California.
During World War II Camp Beale had 60,000 personnel and held training facilities for the 81st and 96th Infantry Divisions, a 1,000 bed hospital and a prisoner of war camp with cells (see pictures). Dredge materials from the area's abandoned gold mines were used to build streets at the camp.

After the war Camp Beale became a Separation Center, for the returning troops.