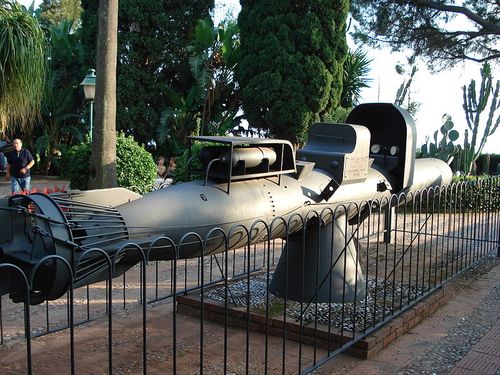 This Italian mini-submarine, similar to a torpedo, date from the Second World War. The Maiale in Taormina can be found in the public gardens (Villa Comunale).

The Maiale, 'pig' in Italian, was used during both World Wars. During the Second World War, it was used as weapon against British vessels. The Italian navy has sunk thousands of tons with the Maiale.