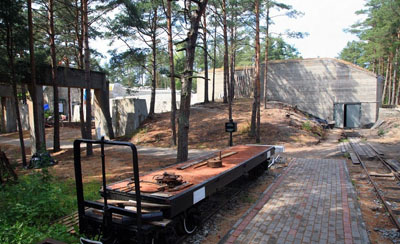 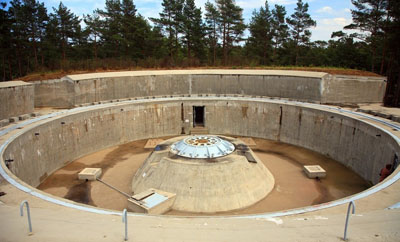 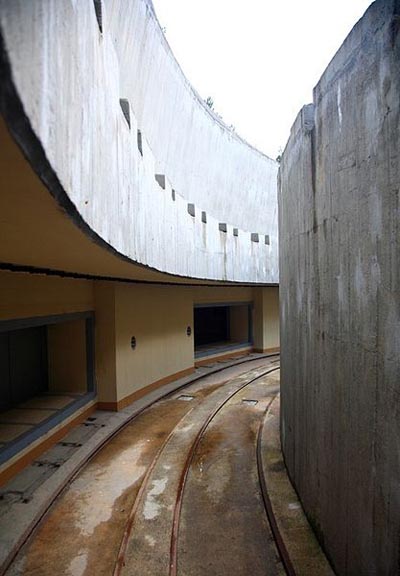 The Museum of Coastal Defence in Hel was established by the "Friends of Hel" society in buildings formerly occupied by the German "Schleswig-Holstein" 406 mm battery: the B2 gun emplacement and the range-finder tower.

The museum was opened to visitors on 1st May 2006, with the aim of showing the military history of Hel and the Polish Navy. A number of thematic exhibitions show the heroism of the defence of Hel in 1939 and the development of the Polish Navy through history. The development of naval armaments and communications over the last fifty years is shown in detail.

After capturing Hel, the Germans came fully to appreciate the military significance of the Hel peninsula. For 32 days they had been unable to take it, despite the fact that they had a powerful fleet and air force at their disposal.

For this reason, in late 1939 they started to build heavy coastal artillery emplacements about 1.5 km from the centre of Hel, naming them after the battleship "Schleswig-Holstein", which had played a sinister role in Polish history.

By early 1941, three emplacements for 406 mm coastal guns, a range finder tower and two munitions magazines had been built. Shells weighing more than a ton could be fired over a distance of 56 km. Towards the end of 1941 when the situation on the eastern front changed radically, it was decided to close down the battery and the dismantling of the guns was begun.

Guns from Hel were transported to France and set up the Lindemann battery on emplacements at Sangatte near Blanc Nez, from which point by November 1942 they were shelling Great Britain.