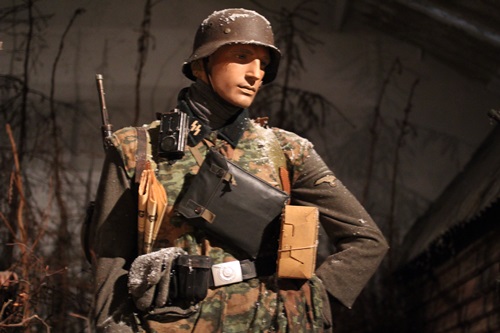 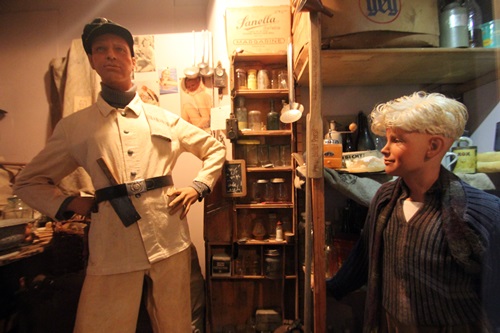 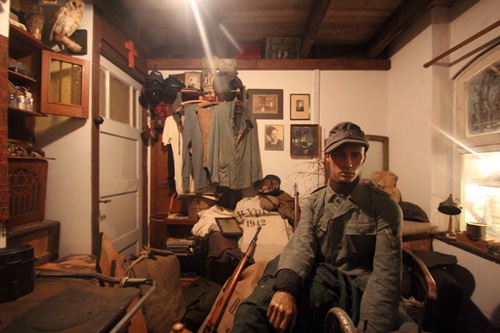 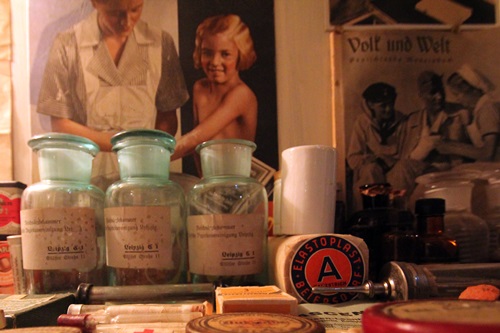 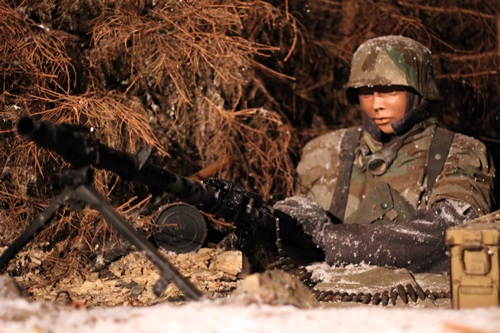 History
The museum originates from the private collection of Ad Marijnissen. Around 2005 he started the setting up of the museum in the former theatre in Amay (Belgium). The building has been erected in 1938 and in the walls scratched texts that were inscribed during the war can be found. After working all weekends during eight years the museum opened its doors already in 2013 for a few times. In 2014 the museum opens during the weekends.

Specialties
The museum has been built up around a number of dioramas, focused amongst others on the invasion of Belgium, the Africa Corps, Normandy and the Battle of the Bulge in the Ardennes. Next to these dioramas you will find numerous displays with all kinds of unique pieces of equipment. Each diorama has been linked to a show-case with even more objects, photographs and documents that are related to the subject.

For someone who has no background information whatsoever about the war, this museum might be a bit difficult to grasp. There is no textual information available about the general history of this war and neither about the different objects. In order to obtain more information, the owner is available to provide a guided tour and to tell all stories behind the various items. Also in English.

Why Visit?
Because of the enormous quantities of equipment this museum is the ideal visiting target for collectors. There is só much to be seen that your eyes seem to fail you. The dioramas as well as the window dummies have been positioned magnificently, something beyond expectations for a private museum. The whole of the building has been utilized to its maximum. If you enter the battle grounds of the Ardennes through the bunker replica, you establish what a very nice museum can be built up with the necessary passion. For those with less knowledge about the war it might be difficult some times to find out what you are looking at exactly. The lack of written information makes it a bit complicated. A guided tour however solves this problem easily.

Location
The museum is situated in Amay (Belgium) north of the river Meuse, near Liège Airport. On the opposite bank of the Meuse there is the American War Cemetery and the Ardennes Monument. In Neuville-en-Condroz, more to the west of the cemetery you will find the Fortress of Huy. And of course around Liège there are many fortresses to be found.

For those who want to visit something of a different character , there is also a bicycle museum in nearby Ampsin. Anybody wanting to dive somewhat deeper into history could enjoy a visit to the Roman Tower, Abbaye de Paix-Dieu and the castle of Jehay.

The future
A museum and certainly a private museum, is never finished; the collector will always continue to expand and try to discover new items. The museum fortunately provides possibilities for expansion even when today empty space is already hard to find.