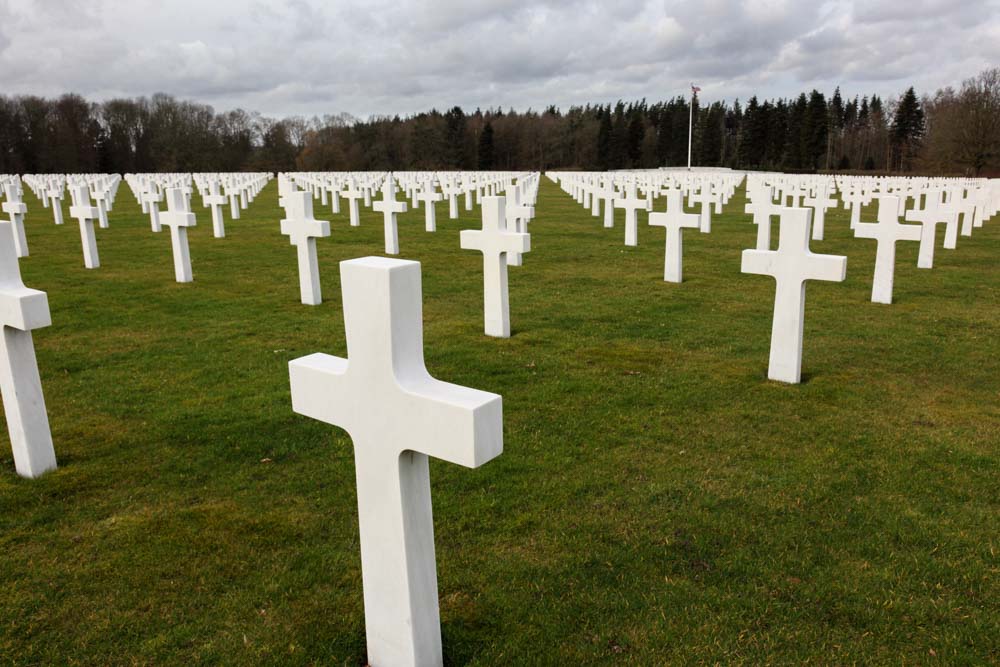 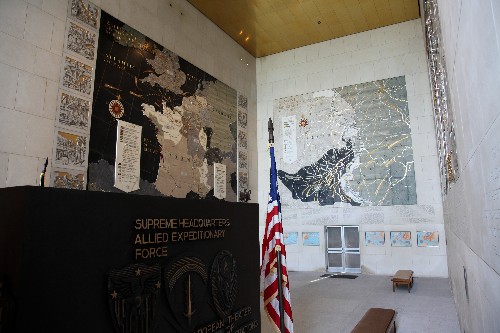 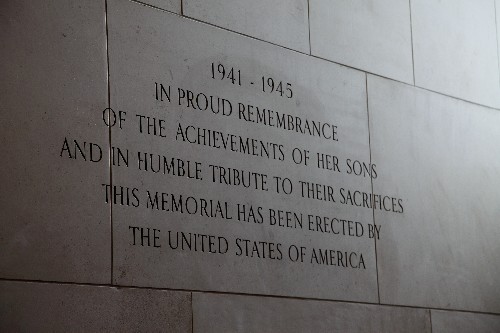 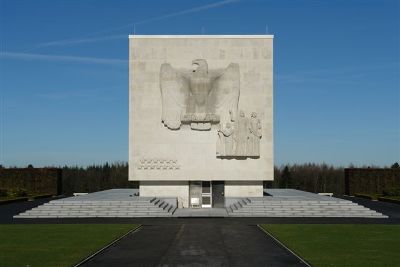 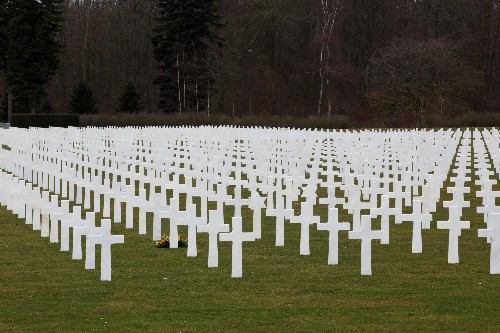 The approach drive at Ardennes American Cemetery and Memorial in Belgium leads to the memorial, a stone structure bearing on its façade a massive American eagle and other sculptures. Within are the chapel, three large wall maps composed of inlaid marbles, marble panels depicting combat and supply activities and other ornamental features. Along the outside of the memorial, 462 names are inscribed on the granite Tablets of the Missing. Rosettes mark the names of those since recovered and identified. The façade on the far (north) end that overlooks the burial area bears the insignia, in mosaic, of the major U.S. units that operated in northwest Europe in World War II.

The 90-acre cemetery contains the graves of 5,329 of our military dead, many of whom died in the 1944 Ardennes winter offensive (Battle of the Bulge). The headstones are aligned in straight rows that form a Greek cross on the lawns and are framed by tree masses. The cemetery served as the location of the Central Identification Point for the American Graves Registration Service of the War Department during much of the life of the Service.