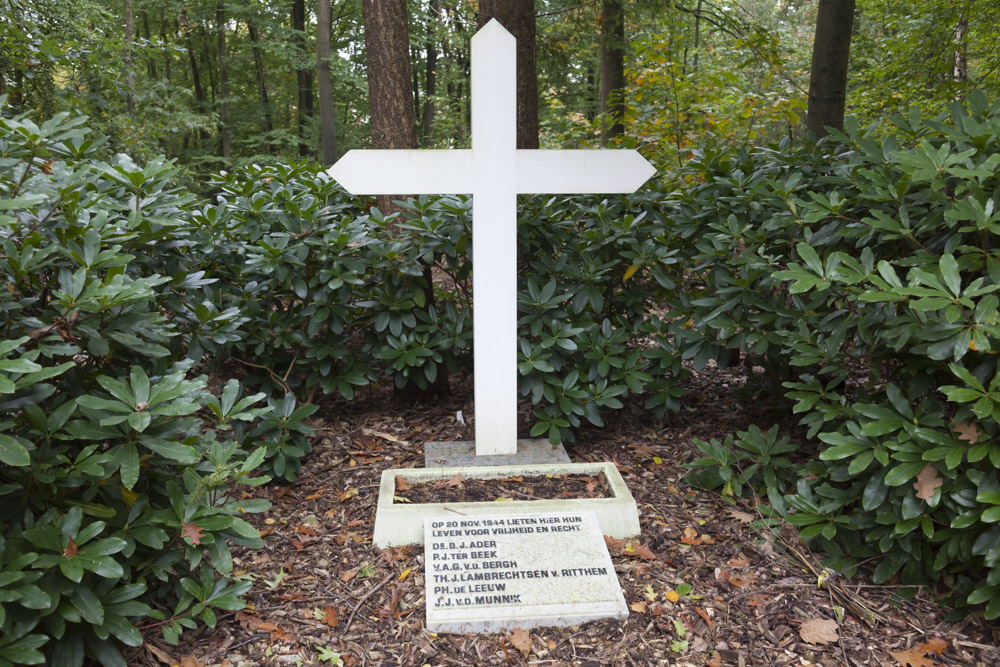 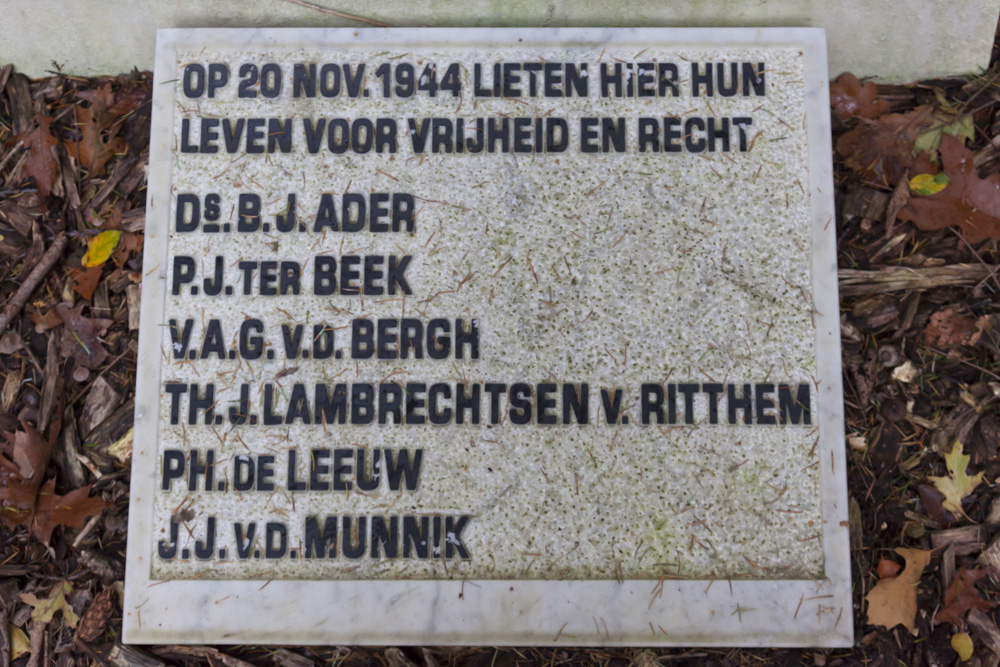 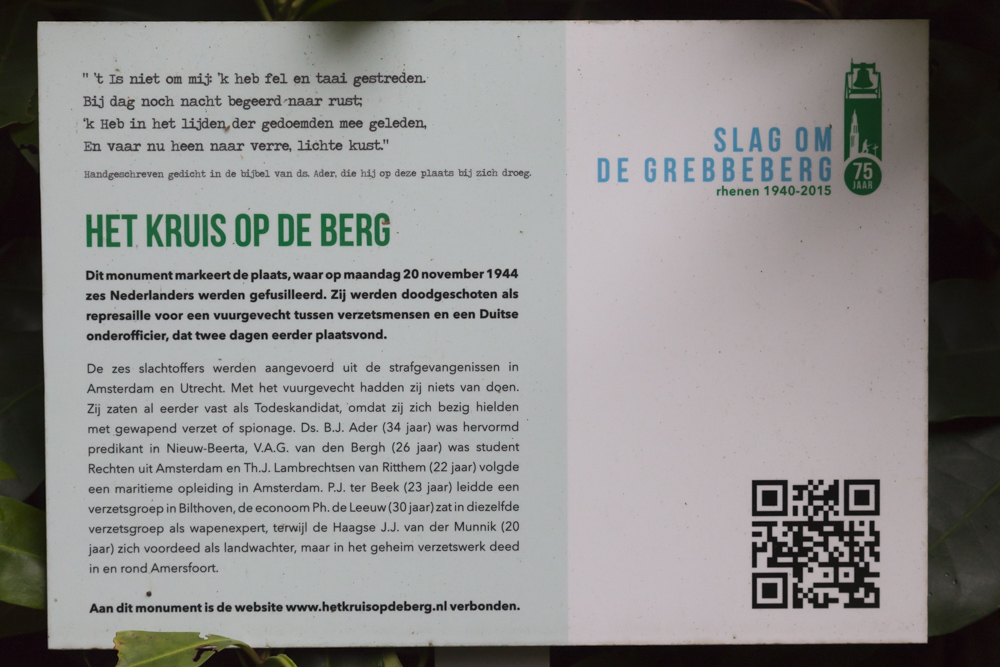 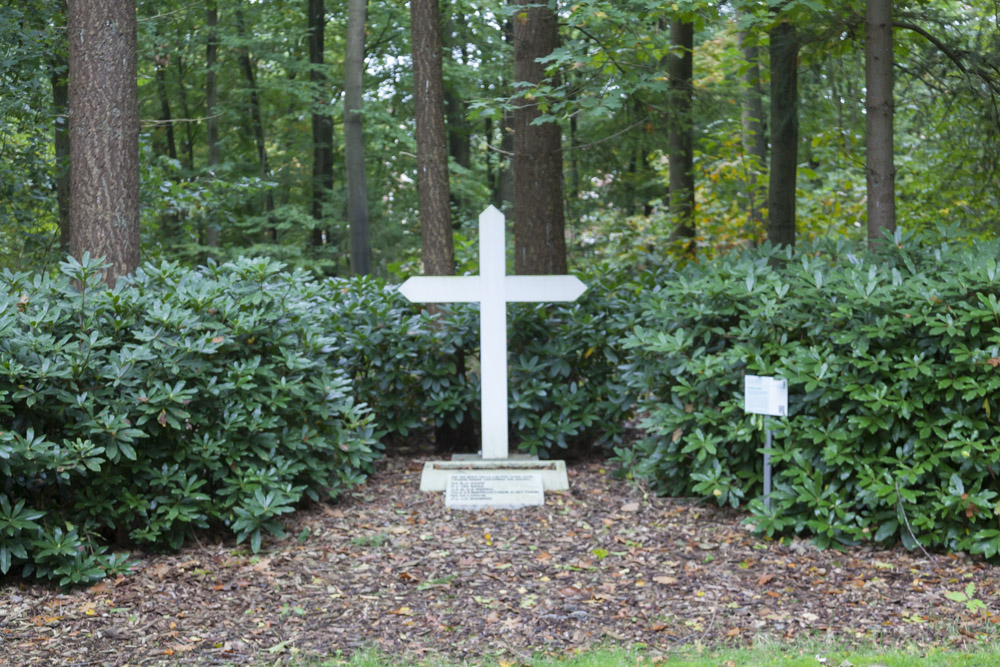 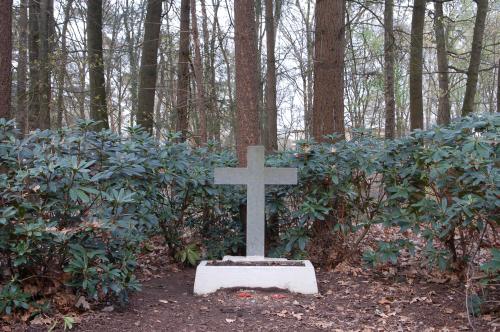 On Monday, November 20, six resistance fighters were shot here in the late afternoon by a firing squad of the Marine Artillerie Zeugamt. Two days earlier a firefight had taken place between Rhenen and Veenendaal, in which a German non-commissioned officer was seriously injured. Because the perpetrators were not found, six resistance fighters were taken from the Amsterdam and Utrecht penal prisons as a reprisal and shot here.

This so-called "cross on the mountain" commemorates them:

The original cross was made of wood and was placed in 1948. Two more stone copies followed. The current cross on the mountain was renewed and made more sustainable in 2014. Every year on November 20, the Ichthus College in Veenendaal organizes a memorial at this location with relatives and young people.

The website www.hetkruisopberg.nl provides information about the historical background and new developments around the cross on the mountain.
The location is part of the Prattenburg estate, but is close to the Schupse bos, so that in the past, the monument in the Schupse Bos is sometimes referred to in error.
The two Dutch participants Albers and Van Joolen from the firing squad were tried after the war. As far as is known, the German perpetrators have never been convicted. SD chief Lages and the Höhere SS- und Polizei-führer Rauter were formally responsible. Although they were not charged with this execution, they were eventually convicted by the Dutch court.

The victims and / or the events were later described by relatives and / or investigators. Widow Ader wrote the thirteen times printed "A Groninger rectory in the storm" and widow Betty de Leeuw (now remarried and now called Betty Bausch) wrote "Bewogen stilte". Other published books are "Het Boschhuis", "To be allowed to live" (translated several times) and "The cross on the mountain. The execution of 20 November 1944"