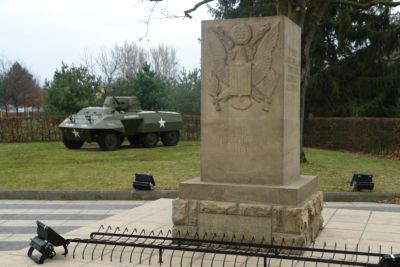 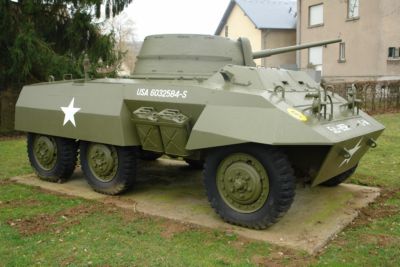 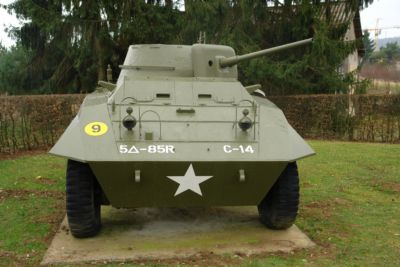 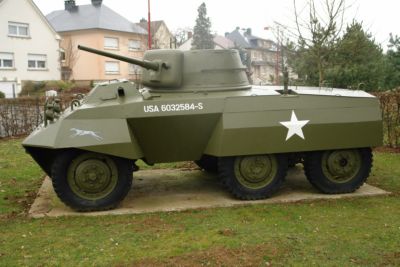 On September 9 1944, Pétange was the first liberated town by the Allies in Luxembourg. Second Lieutenant and Platoon leader Hyman Josefson of the 85th Cavalry Reconnaissance Squadron, CCA, 5th Armoured Division, 1st U.S. Army was the first American soldier who died for the freedom of Luxembourg. As a tribute and in memory of him a memorial was established. The memorial is also the vehicle which belonged to Second Lieutenant Josefson, the M8 Light Armoured Car "Greyhound". It was hit by German artillery fire.