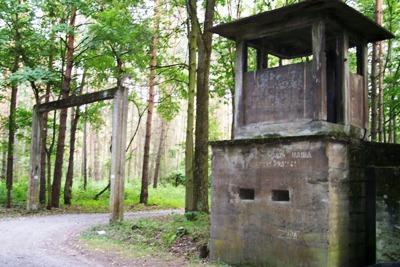 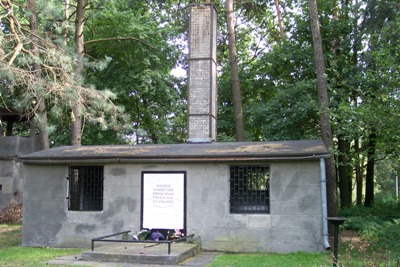 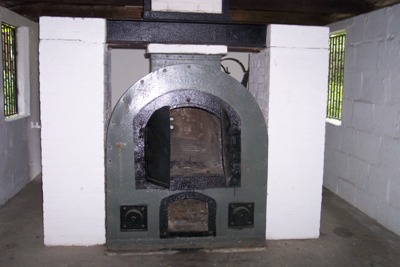 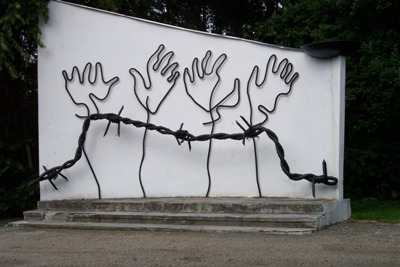 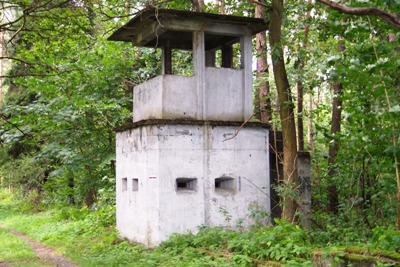 In the area around the village of Blachhammer were several labour camps, with in total of about 50,000 forced laborers.

The camp had its own crematorium, which still exists just like other concrete remains of the camp.

On 21 January 1945 the inmates were forced to start a death march. About 200 prisoners were immediately murdered and hundreds of others died during the march.