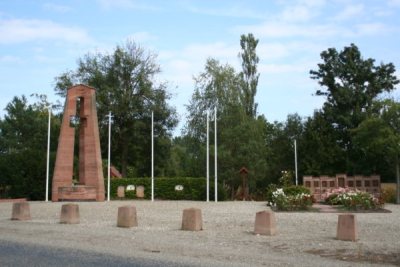 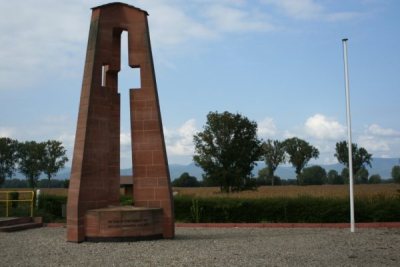 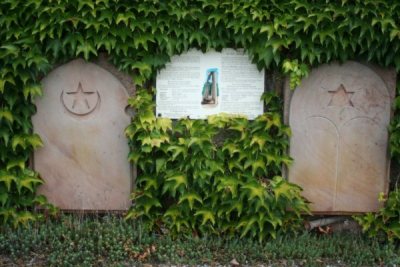 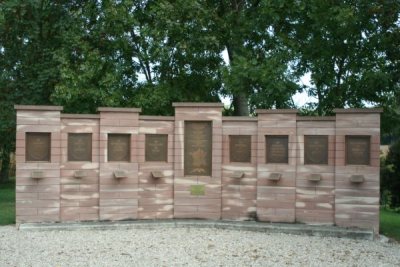 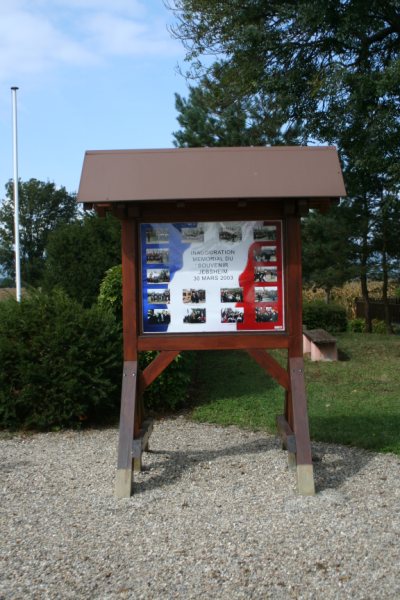 From 25 to 30 January 1945, there was a large battle with armoured vehicles near Jebsheim. The village was almost totally destroyed and 900 soldiers of the different forces were killed and 2000 were wounded.

Nowadays there is a Peace Garden near Jebsheim where this memorial is located. The three wings of the cross represent the nationalities involved in this battle: American, French and German.

On the cross is a text in three langages:
You are united in Death, we unite in Peace