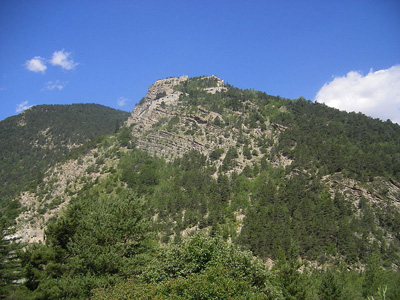 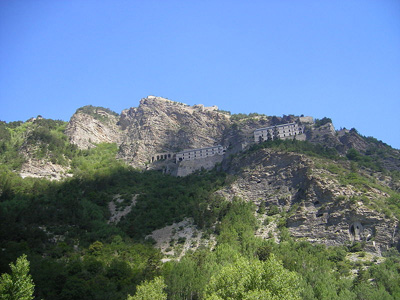 The ambitious building plan for the Fort of Tournoux was written by Division General Benoit Haxo and dates from December 1839. Between 1840 and 1843, the two recommended access roads were constructed. The actual construction work started in 1843 and lasted until 1865, although no modification works were carried out after 1865 until 1989. The fort consists of three parts: Battery 12, Fort Moyen (Fort Grouchy) and Fort Supérieur. Unfortunately, these structures have not been accessible to the public for several years, not even under the supervision of a guide. What is currently accessible with a guide is the Batterie des Caurres. This higher situated fort is part of the fortress belt of Tournoux, but it does not belong to the actual Fort of Tournoux.

Regarding the three-day Italian attack on the fort in June 1940. Between the Italian declaration of war by Benito Mussolini (on June 10, 1940) on France and the armistice on the Alpine front (June 25, 1940), the French Alpine Line (part of the Maginot Line) became ) never broken through. The Fort of Tournoux is a bird's-eye view about 8km behind this line?

The only baptism of fire at the Fort of Tournoux took place on December 4, 1944. The Germans (dying in the modern and comfortable fortifications of the Maginot Line stayed along the Col de Larche) launched an offensive on the Fort Superiéur de Tournoux. This attack was thwarted by the Moroccan artillery.

It was only after the liberation offensives of American and French troops in April 1945 that the Germans took refuge in the flight to the Italian Po Valley. This happened on April 25, 1945, just two weeks before the German capitulation.

The fort today:
The fort of Tournoux is now open to the general public.