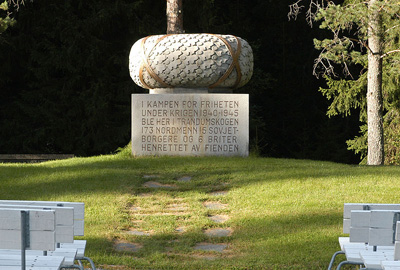 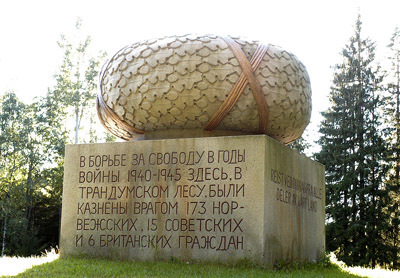 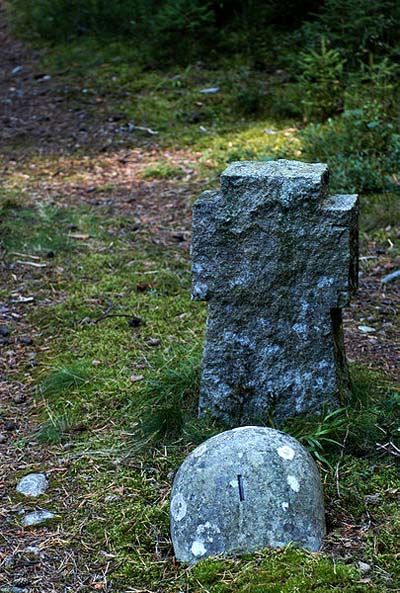 On 17th May 1945, the first mass grave since the beginning of World War 2 in Norway, was discoverd here.

194 people were shot on this spot by the Germans. Some of them were sentenced to death by the German occupation force, but most of them never saw a courtroom.

The inscription on the memorial (written in 3 different languages - English, Russian and German) reads:

"In the fight for freedom during the 1940-1945 war, 173 Norwegians, 15 Soviet subjects and 6 Britons were executed here by the enemy in the woods of Trandum."