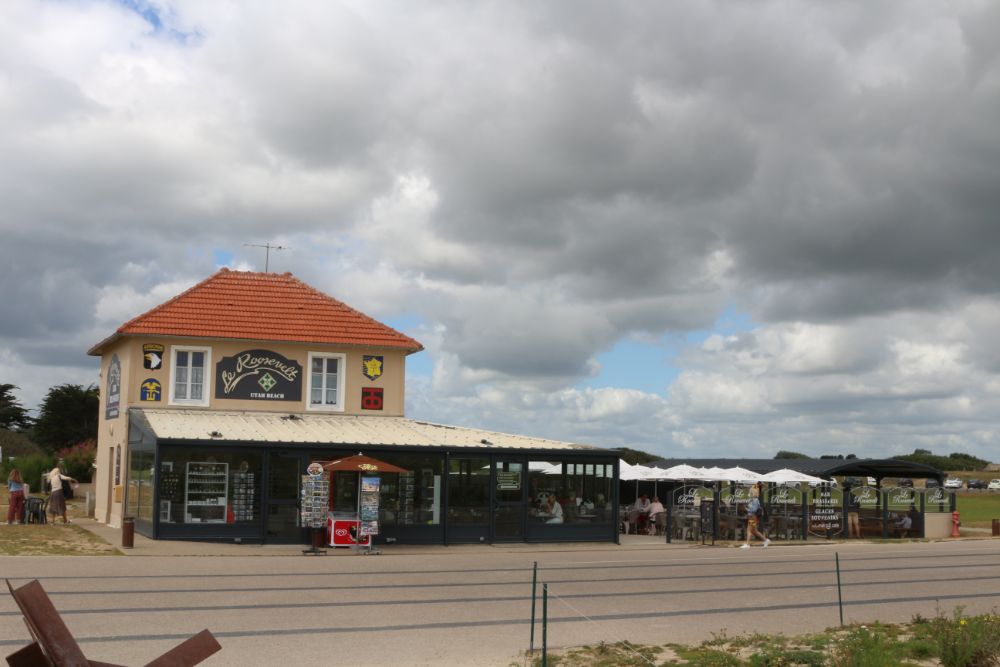 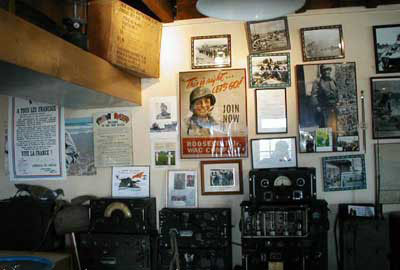 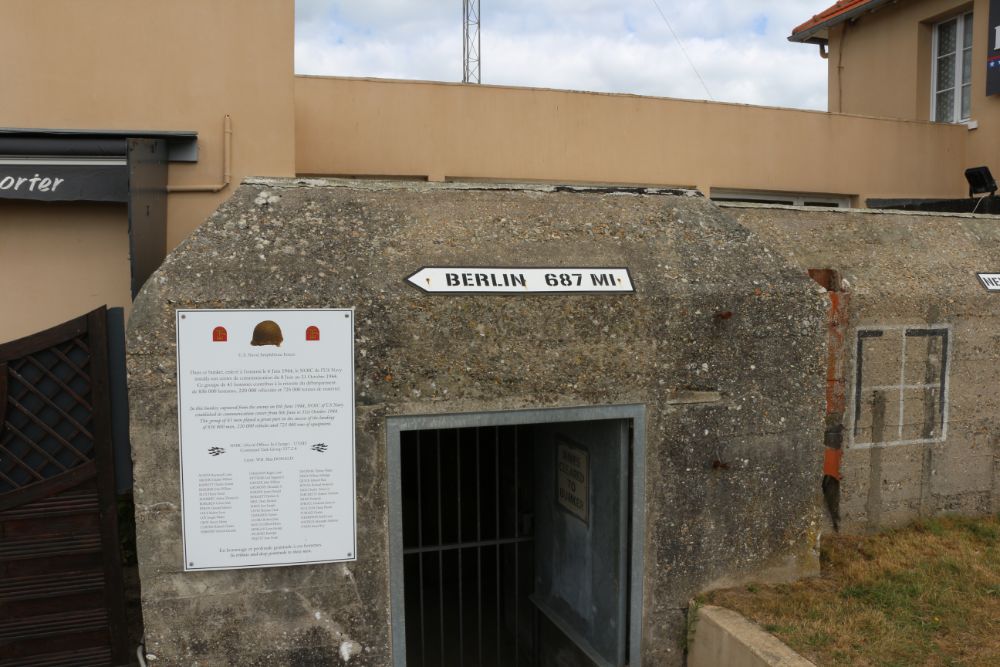 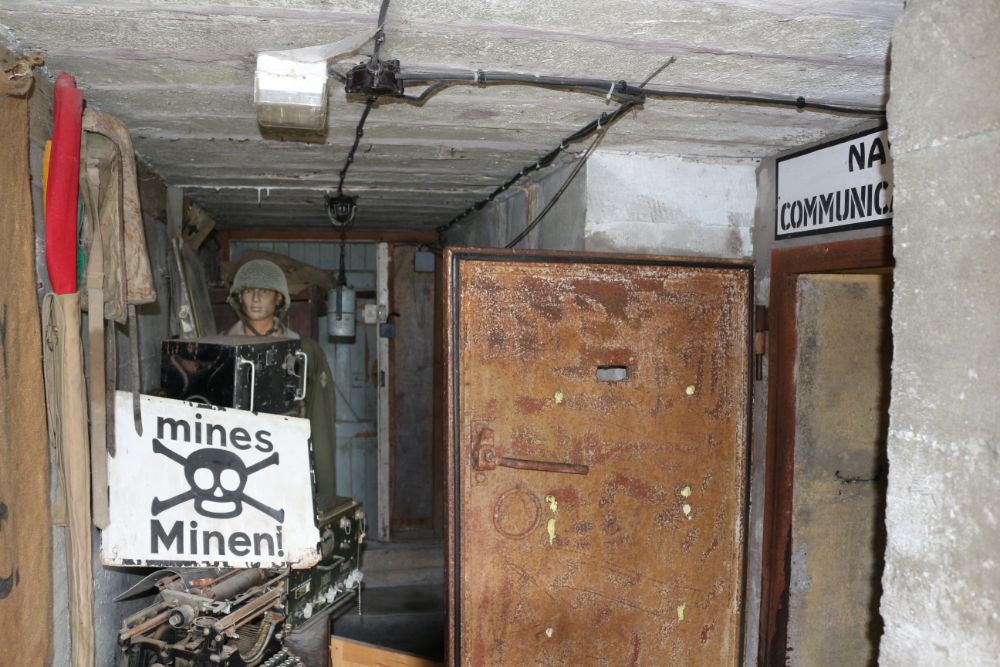 On June 6th, 2001, approximately 50 veterans of Easy Company (506th Parachute Infantry Regiment, 101st Airborne Division, US Army) visited Utah Beach. For many of them it was the first time they returned on French soil after World War Two. An impressive Service was held on the site of "Le Roosevelt Café. About this location, the Café Restaurant and the history of this block house building I would like to tell you a little bit more.

On June 6th, 1944, the American General, Theodore Roosevelt Junior, landed at Utah Beach together with the 4th US Army Infantry Division. Caused by unforeseen circumstances the actual landing spot appeared to be rather away from the scheduled place for the landing of the 4th Division. Roosevelt decided however: "So we start the war just here."

On that historical place "Le Roosevelt Café" has been founded.
The owner, Monsieur Méthivier has made his business that has been established partly in a former bunker of the Atlantikwall, a multifunctional affair. It is therefore a Bar, a Restaurant seating over one hundred people, as well as an Internet Café. Moreover Le Roosevelt has the availability of a large terrace (with fixed windscreens) and a souvenir shop where you can buy many a D-Day item ranging from T-shirts to earthenware, from World War Two dug-up-materials to childrens toys.

From 1942 till June 1944 the old fishermans cabin, nowadays Le Roosevelt Café, protected by the dunes, was used amongst others by the German "Organization Todt". The purpose of this organization was to build the Atlantikwall as strong as possible, mainly by the construction of huge numbers of reinforced concrete bunkers. Immediately next to the cabin there was a block house used by the Germans as a communications centre.
On the morning of the amphibious landing, 6th June ,1944, the crew of the bunker changed. The main building was immediately occupied by the allies for the US Army 1st Engineer Special Brigade Communications Group. Between June and November 1944 the blockhouse was used as a communications centre for the US navy, overseeing the traffic between the fleet and the frontline army. All 39 radio operators of the Command Task Group supported the N.O.I.C. (Naval Officer In Charge).

In the bunker that is part of the Restaurant, you will find World War Two photographs. The view side of the bunker still shows the two black and white painted windows, exactly the same as can be distinguished on the photographs that have been taken just after D-Day. Mr. Méthivier has made it his task in this life to trace those veterans that have resided in his building during the Second World War. Some of them have already come across from the USA and posed next to the bunker, just like 60 years ago.

Méthivier has reconstructed the restroom area and a part of the entrance hall in such a way that you believe to be aboard a navy ship. Not so strange if one realizes that the owner of Le Roosevelt is a passionate collector of US navy equipment. In the original bunker there is an exposition with historical dummies and radio equipment as well as large plates out of Plexiglas covering up whole areas of the concrete. You may ask yourself : "Why?" Well, underneath the Plexiglas you will find handwritten messages of the soldiers that left their marks here right after D-Day.

The owner is a history lover and he transfers this love to those people that are genuinely interested. I received from him the original invitation by Tom Hanks and Jeff Bewkes (HBO) inviting him to come and be present on June 7th, 2001, to witness the showing of "Band of Brothers" Honestly it needs to be said that we at that time, in June 2001, have tried our very utmost to obtain tickets for that show!

Le Roosevelt Café is certainly worth your visit when you are in the area. Whether you want to have a cup of coffee, a bite to eat or acquire a souvenir on a true historical location from the Second World War.

More information about Le Roosevelt, the veterans that have been photographed and have stayed there and the part Le Roosevelt played during the first showing of the landings at Utah Beach in "The Band of Brothers" during D-Day 2001, you may want to check on the excellent web-site of the Café. 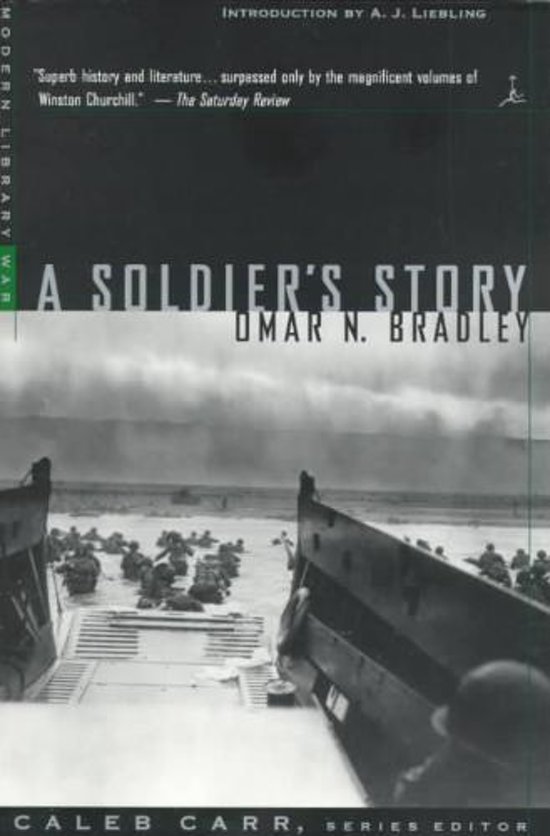 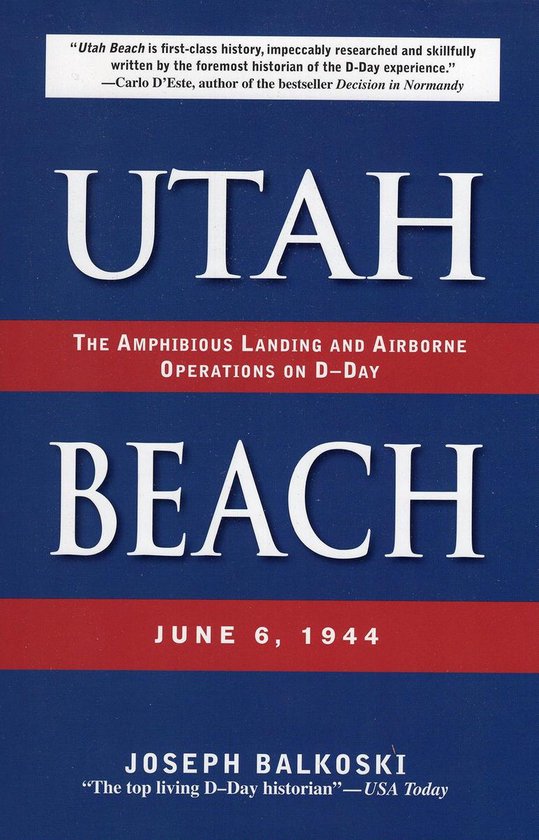